TRON TRX: A Year in Review 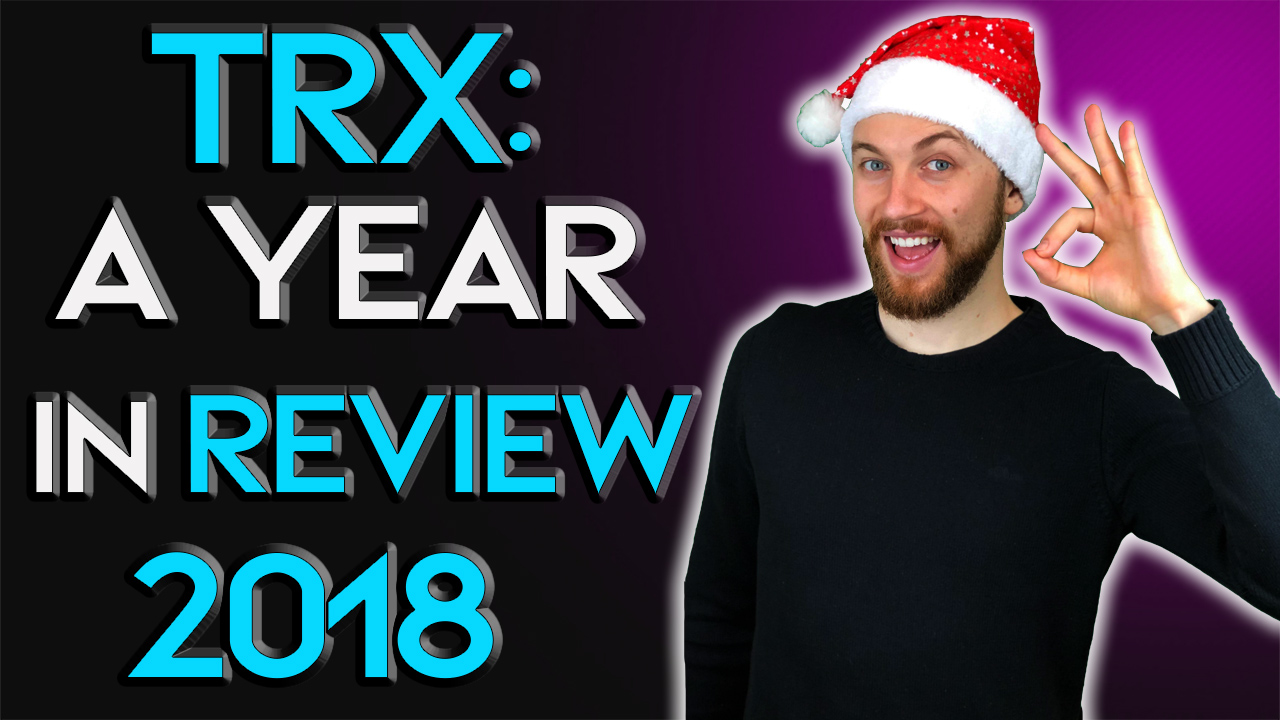 2018 marked the first full year in the life of TRON and their native cryptocurrency, TRX. TRON is one of the youngest cryptocurrency and blockchain projects on top end of the markets, yet this hasn’t stopped Justin Sun, the founder of TRON from embarking on some rather epic quests during the first year of the projects existence. TRON is one of the few blockchain projects with an in depth and clear throughout plan for the future. Therefore the progression made by TRON through 2018 was kind of expected. When we consider things like the TRON Foundation’s acquisition of Bitorrent and of course, the launch of the TRON mainnet, we can see just how bright and bold 2018 really has been for TRON and TRX.

Notable achievements during the year - TRON moved into the top ten cryptocurrencies by market cap, TRX peaked at $0.25 and as mentioned, the TRON Foundation acquired file sharing platform, Bitorrent, and not forgetting the most important development of 2018, the launch of the TRON mainnet and the migration of TRON from the Ethereum blockchain, setting itself up as a true and fierce competitor to Ethereum.

The general consensus through the markets between February and May found that cryptocurrency was ultra volatile, the same of course can be said for TRON. During this time, we saw the launch of the TRON testnet, the trial used to ensure the eventual launch of the mainnet would run as smoothly as possible. During this time, TRON offered a number of bounties to hackers and developers that could improve the testnet, ready for full mainnet integration. With this in mind, we can see that the development of the testnet and the speculation surrounding the future of the TRON mainnet did have a big impact on the value of TRX, helping it move around from a quarterly high of $0.09, from a quarterly low of $0.02 as recorded during March 2018.

Though June was packed full of good news for TRON, TRX only saw a monthly high of around $0.04, leading up to the launch of the mainnet.

With the mainnet roll out on-going, TRON continued to remain volatile during this time, though the TRON Foundation asserted that everything was running as planned, indeed, it seems they were being truthful. July saw the final stages of the TRON mainnet fall into place. As we can see from checking back on the trends, this didn’t actually have a positive impact on the value of TRX, which only managed to withhold values of around $0.03 during this time. Even so though, the good news did indeed continue, with a promising announcement regarding Justin Sun’s eventual acquisition of file sharing site, Bittorrent.

The rest of the year continued to focus on the development of the TRON project, without having a significant impact on the value of TRX. Across these months, TRX remained at a value of around $0.02. During the latter half of the year, the TRON Foundation however continued to make progress, with plenty of listings for the TRX token announced and other exciting new partnerships announced. The general feeling for TRON going forward is that this is a project managed by some very committed and very skilled individuals, all of whom want to see their project flourish.

TRON started the year as yet another project built upon a slowing Ethereum blockchain. Now, as we enter 2019, TRON is it’s own independent and powerful blockchain solution, one that is backed by one of the largest cryptocurrencies in the world. As we have stated, TRON have a very solid and clear plan for the future, one that we only expect will continue to grow into 2019 and beyond.