The Truth About the Ethereum Classic Hack 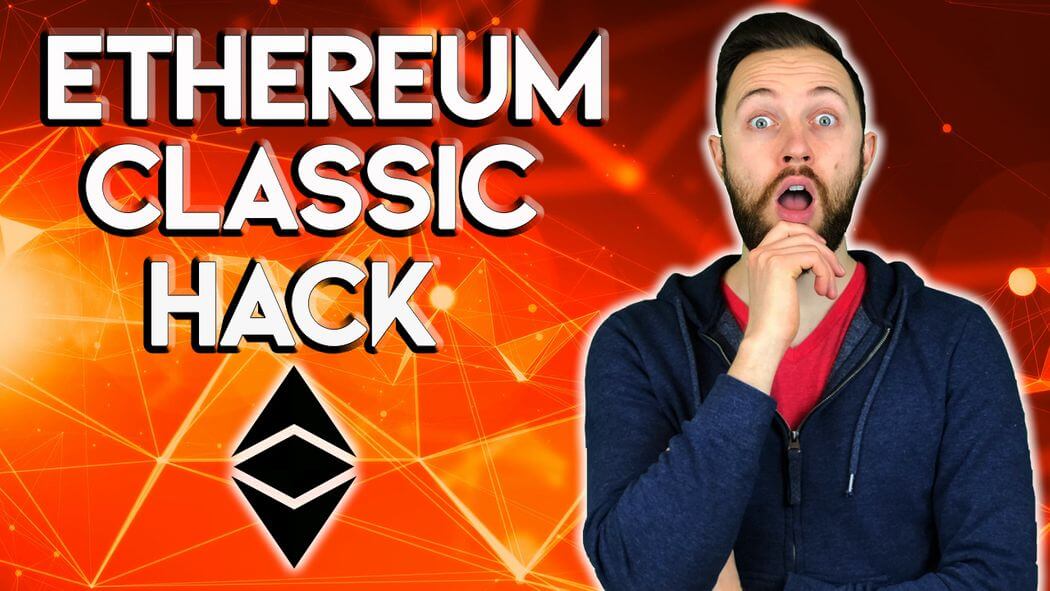 This news this week has been dominated by one story, an attack on the Ethereum Classic network that looks to be of the 51% attack designation - a hack which allows attackers to implement double spends, whilst controlling over 50% of the network. This, in turn, allows hackers to manipulate the network and exercise malicious intent. Now, the Ethereum Classic hack seems to have been underplayed, for some reason, it’s been brushed under the carpet, there are however some significant concerns that arise when looking into what’s happened here, this is what we are now going on to explore.

Before we begin however, let’s recap on exactly what a 51% attack is, according to Investopedia:

“51% attack refers to an attack on a blockchain – usually bitcoin's, for which such an attack is still hypothetical – by a group of miners controlling more than 50% of the network's mining hashrate, or computing power. The attackers would be able to prevent new transactions from gaining confirmations, allowing them to halt payments between some or all users. They would also be able to reverse transactions that were completed while they were in control of the network, meaning they could double-spend coins. Double-spending is a potential problem unique to digital currencies because digital information can be reproduced relatively easily.”

By double spending, fake tokens are authorised and payments can be transacted or approved, without any money going into the network. One coin is spent twice.

Late last week, a security team from Coinbase (who have recently listed Ethereum Classic) noticed some suspicious activity which in turn alerted them to the double spend attack. Security analysts found that some changes had been made deep within the Ethereum Classic network, changes that allowed them to extract over $1 million over 20 fraudulent transactions. As it stands, it seems this attack was against Coinbase and not Ethereum Classic investors who’s funds have been stored within the Coinbase protocol.

According to The Verge:

“The 51 percent attack was used to execute a double-spend: writing a bad check and then muscling it out of the ledger. Attacks like this have hit a string of smaller currencies in the past year, double-spending a total of $20 million in 2018, but Ethereum Classic is the most prominent victim so far.”

What is the problem here

Well, it seems that this only seems to occur on smaller networks, where it is easier for a few miners to get together to have a majority hashing power. When this happens, they are able to control the network, which is why we see attacks like this occur on blockchains such as Ethereum Classic. The easiest way to describe this is to compare Ethereum Classic with Bitcoin. The network for Ethereum Classic is far smaller than that of Bitcoins, therefore it is far easier for less people to come together to take over control of the network. To carry out a similar attack on a bigger coin like Bitcoin or indeed, Ethereum, it would take a huge amount of computing power, a level that can’t just be botched together by a few keen hackers.

Now, tie this into the fact that mining equipment is getting cheaper and cheaper (as a result of falling cryptocurrency prices) and you have a perfect recipe for more attacks.

We believe that this is a sign of things to come, and more attacks of this nature will continue to happen, unless we take action now.

According to The Verge:

“The more it costs to mine a block, the more expensive it is to outspend the honest miners for long to reverse a transaction. Electricity prices vary from miner to miner, but Weaver [an ISCI Professor at UC Berkeley] estimates that the Bitcoin network currently runs through about $300,000 in electricity each hour, while the smaller Ethereum network runs at roughly $100,000 per hour. For Weaver, any coin much smaller than that is at risk of a 51 percent attack. Ethereum Classic clocks in at roughly $5,000 per hour.”

Smaller coins, such as those built upon the Ethereum blockchain cannot defend themselves from these attacks effectively as it doesn’t cost a huge amount of money for attackers to initiate an attack - the potential profit margins for them are still high. Big coins like Bitcoin don’t need to worry though, as the costs are so high, it wouldn’t be worth the attackers while to hack it, there’s no profit involved.

How can we protect ourselves?

Now we’re not saying, just invest in high volume coins because all of the smaller ones are going to get battered by hacks, but what we are saying is be aware of the risks associated with investing in some altcoins. Ethereum Classic is still a sturdy coin and thankfully in this instance, all now seems to be ok with regards to investors money - Coinbase and Ethereum Classic can move on from this and improve the network which is a good thing.

Other measures can be included, such as using cold storage wallets and practising basic data protection, you should look after your crypto investments as if they are actual money because, in a sense, they are.

If your tokens are offline and secure, they cannot be affected by these hacks. So, all you need to do as a wise investor, in that case, is hope that the developers and the team behind your chosen investment are working hard to make sure these attacks are spotted and stamped out before huge volumes of coins are falsified.

This is all a part of our favourite message - trade safe!