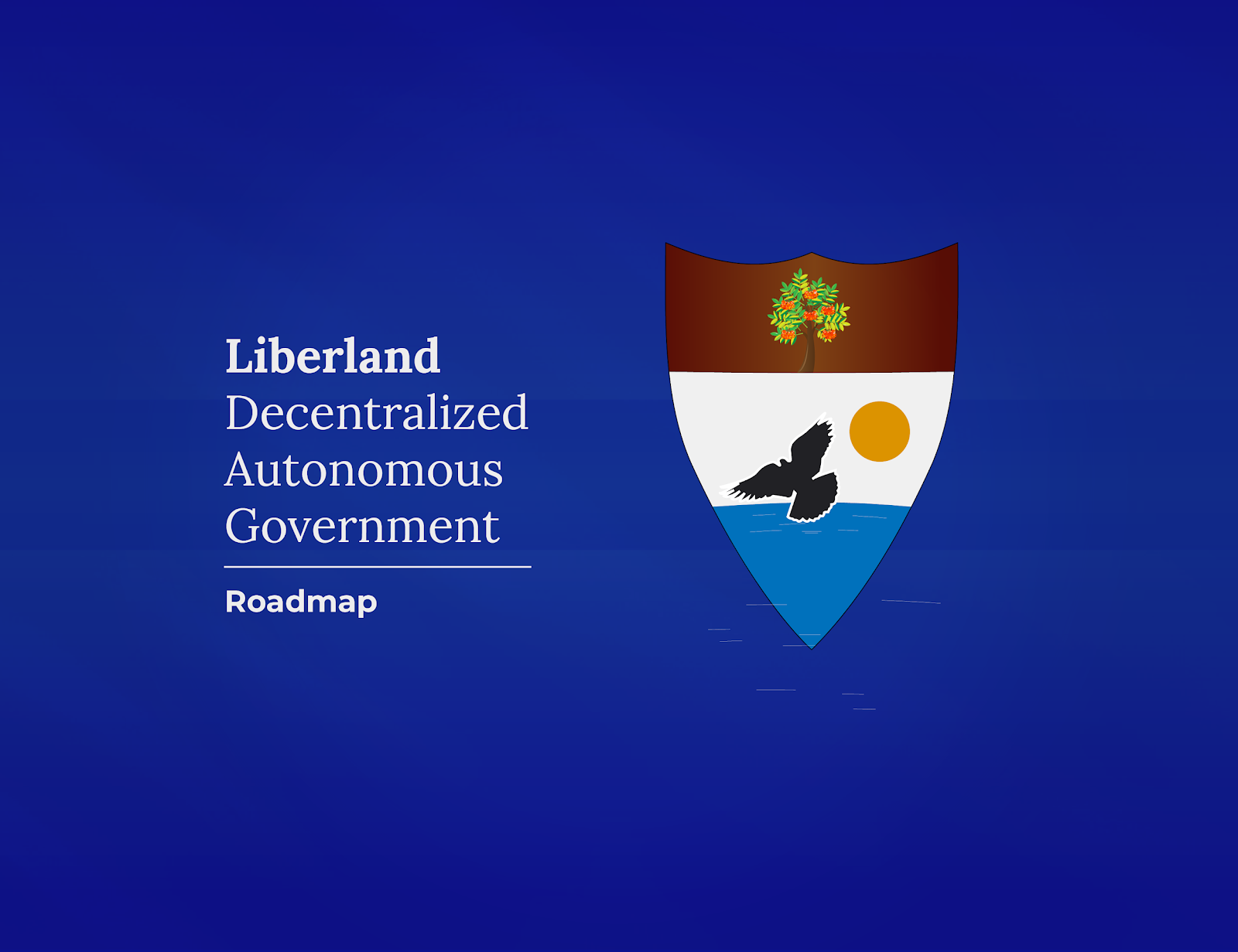 “Corruption breeds disillusion with Government... and is often at the root of political dysfunction and social disunity,” - UN Secretary-General António Guterres

The insidious nature of corrupt governments not only corrodes social unity, but also liberty and operational efficiency. Met with the reality that only a few people can control and manipulate the levers of power for their own purposes, with little to no regard for the greater good of the population, societies can quickly dissolve in disillusionment and chaos. According to the World Economic Forum, the global financial cost of corruption is at least $2.6 trillion, or 5 percent of the global gross domestic product (GDP).

One of the reasons behind the chronic breakdown of governments is a lack of “trust infrastructure” - technological mechanisms that mitigate corruption by substantially decreasing the degree of trust that is necessary for the government to purposefully function, while efficiently granting unrestricted access to governing services.

Given the rapid technological advancements in Blockchain technology, governments can be transparently reorganized to effectively mitigate centralization of power, and cultivate societal equanimity.

A new breed of governments called Decentralized Autonomous Governments (DAGs) are now possible. DAGs do not require that society trusts a small number of people to function. Rather, trust is equally, and transparently distributed to all people. The government is simultaneously owned by everyone, and no one.

The Free Republic of Liberland is adopting the DAG model. DAGs are well suited to cultivate and protect our core mission to build a business-friendly environment that enhances personal freedom, and fulfills our motto “to live and let live”. The Liberland government will be transparent and run by the will of the collective. Some features of the DAG will include a digital-based virtual currency, equal access voting platforms, identification infrastructure, and more.

As previously announced, we are collaborating with the Ghostbusters tech collective to fulfill the roadmap agenda. Ghostbusters are leading the development of the tools and infrastructure that will enable core elements needed for a functioning DAG. Leveraging their expertise in EOSIO Blockchain technology, we are thrilled to present the DAG roadmap for the next 12 months: 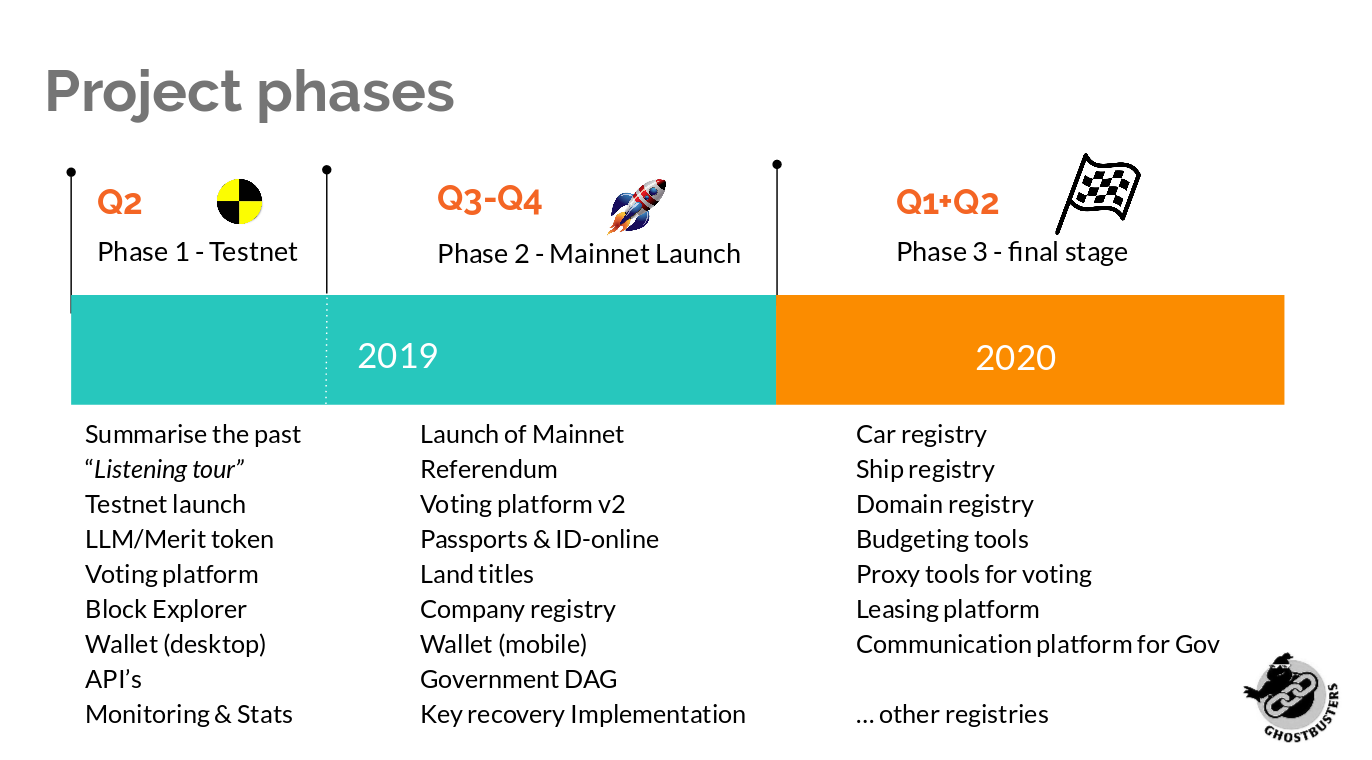 The Liberland economy will be based on a virtual currency called the Liberland Merit (LLM). This currency will be used as a means to vote. Liberland also has a voluntary taxation system. Citizens who decide to pay taxes become shareholders of the country. Shares are represented and possessed in the form of “Merit Tokens”.

By owning Merits, individuals will have the ability to participate in the decision-making process of Liberland through transparent, equal access to voting. Consequently, incentives are aligned between those who pay taxes, and decisions related to pooled community taxes are used. Furthermore, individual property rights will be fully protected by giving back the true ownership of assets to citizens while providing technical means to protect their assets. With increased freedom, citizens will be able to open businesses in Liberland quickly and conveniently.

We envision a country in which the liberties and freedoms of the people of Liberland are substantially improved by DAGs. These next-generation governments have outstanding potential to disrupt our preconceptions of legacy governments. The journey we have embarked on will serve as a model for how people can purposefully enhance their quality of life through a government that celebrates personal autonomy and freedom.

Join us as we build Liberland! Let's live and let live!