Bitcoin (BTC) On The Verge Of A Big Breakout? 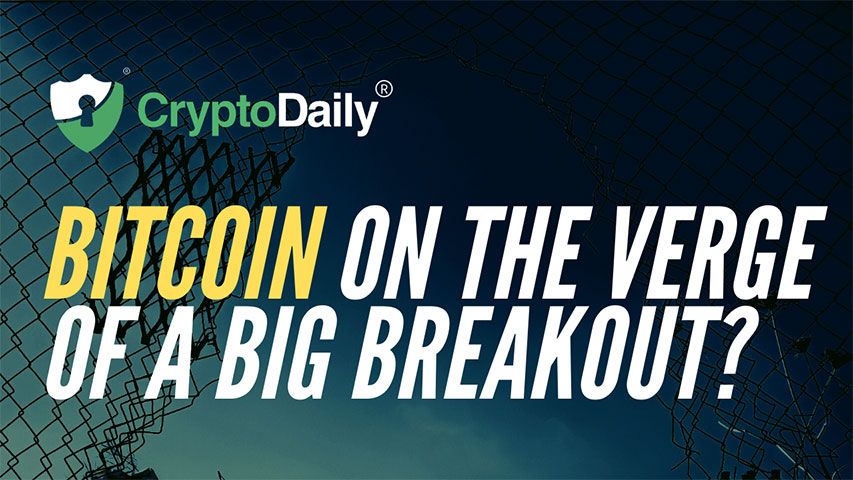 Most new traders often assume that we cannot time the market. That might be true to some extent but it can be quite misleading. Professional traders have been timing the market for years to ascertain when would be a good time to enter or exit a trade. While it may not work all the time, it does provide traders useful insights as to what to expect next. In the case of Bitcoin (BTC), we can see how the fib time tool on the 4H chart for BTC/USD tells us that a breakout is around the corner. Even if we remove the trend lines that make up the symmetrical triangle, we can see that the fib time lines are quite effective at telling us when to expect that next big move.

Bitcoin (BTC) and Ethereum (ETH) both looked up to EUR/USD for their next big move. Soon as we saw the forex pair climb back above the 38.2% fib extension level, the near-term outlook of the cryptocurrency market changed as well. At this point, we are looking at a major rally in the cryptocurrency market in the near future if and when EUR/USD keeps on rallying to eventually make a triple top. The symmetrical triangle on the BTC/USD chart can be seen more clearly in the case of Ethereum (ETH) as we already have one similar triangle that led to massive upside following the past crash. It was more than a 15% move which pushed the price to test the 200 moving average on the 4H time frame.

if the same were to happen again, we might expect to see ETH/USD rally towards the $154 mark, followed by $162 and eventually towards $170 to test the previously broken market structure before the next decline. Bitcoin dominance (BTC.D) still has room to decline further which means that altcoins could rally. We might see Bitcoin dominance (BTC.D) decline down to the 200 day moving average and then eventually lower than that to test the trend line support. However, it is important to note that ETH/BTC also has room for a move to the downside within the symmetrical triangle which means that a near term Tether fueled pump in BTC/USD cannot be ruled out as a possibility.