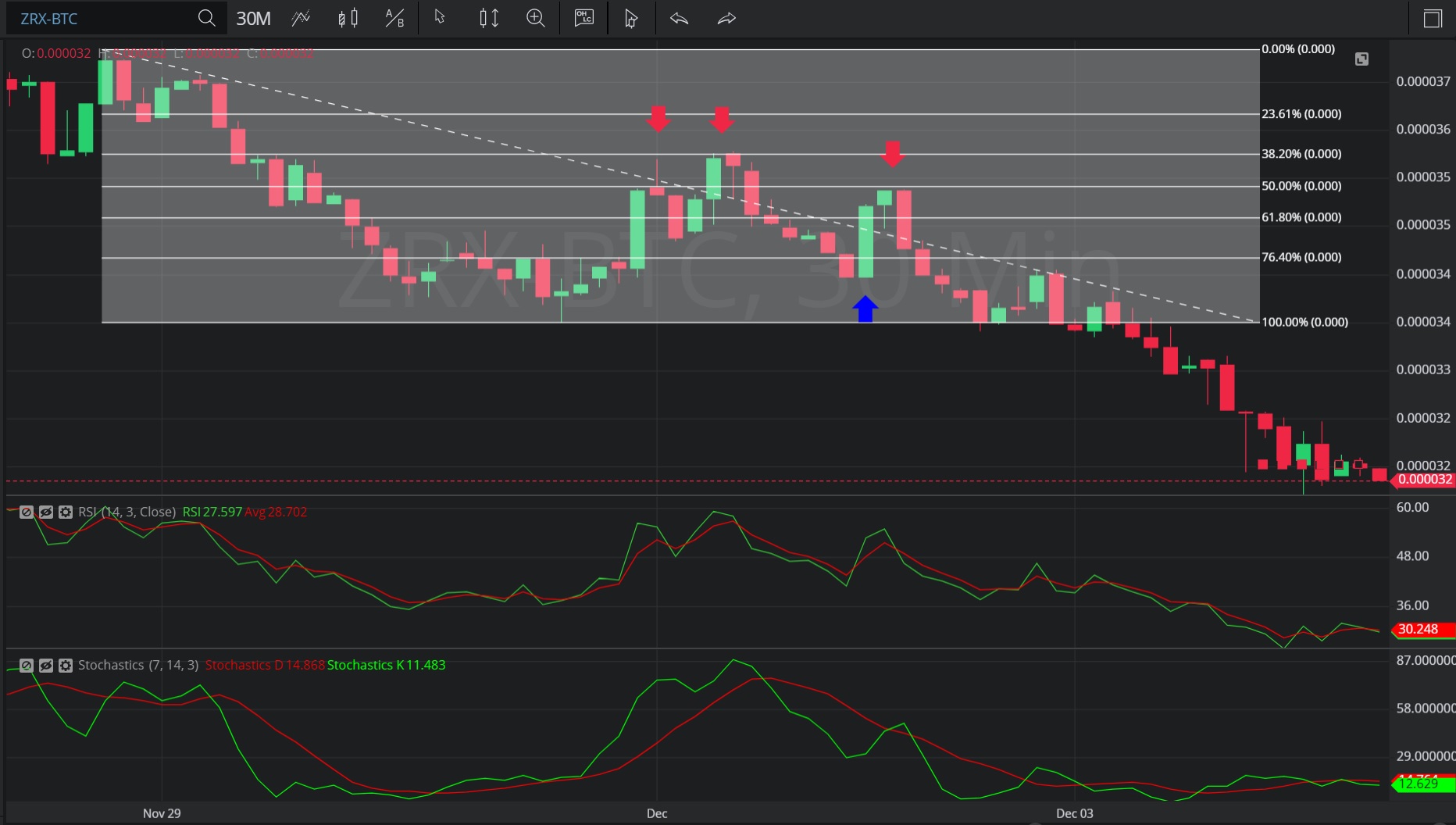 The pair then appreciated to the 0.000035 level (identified by the third red down arrow), just below the 0.0000355 level that represents the 50% retracement of the depreciating range.

We can see the pair then depreciated sharply.

Stay on top of the cryptocurrency market with CryptoDaily’s trading charts!

Whales own 40% of all Bitcoin – are they manipulating the market?