Why Bitcoin (BTC) Bulls Are Being Hopeful Again 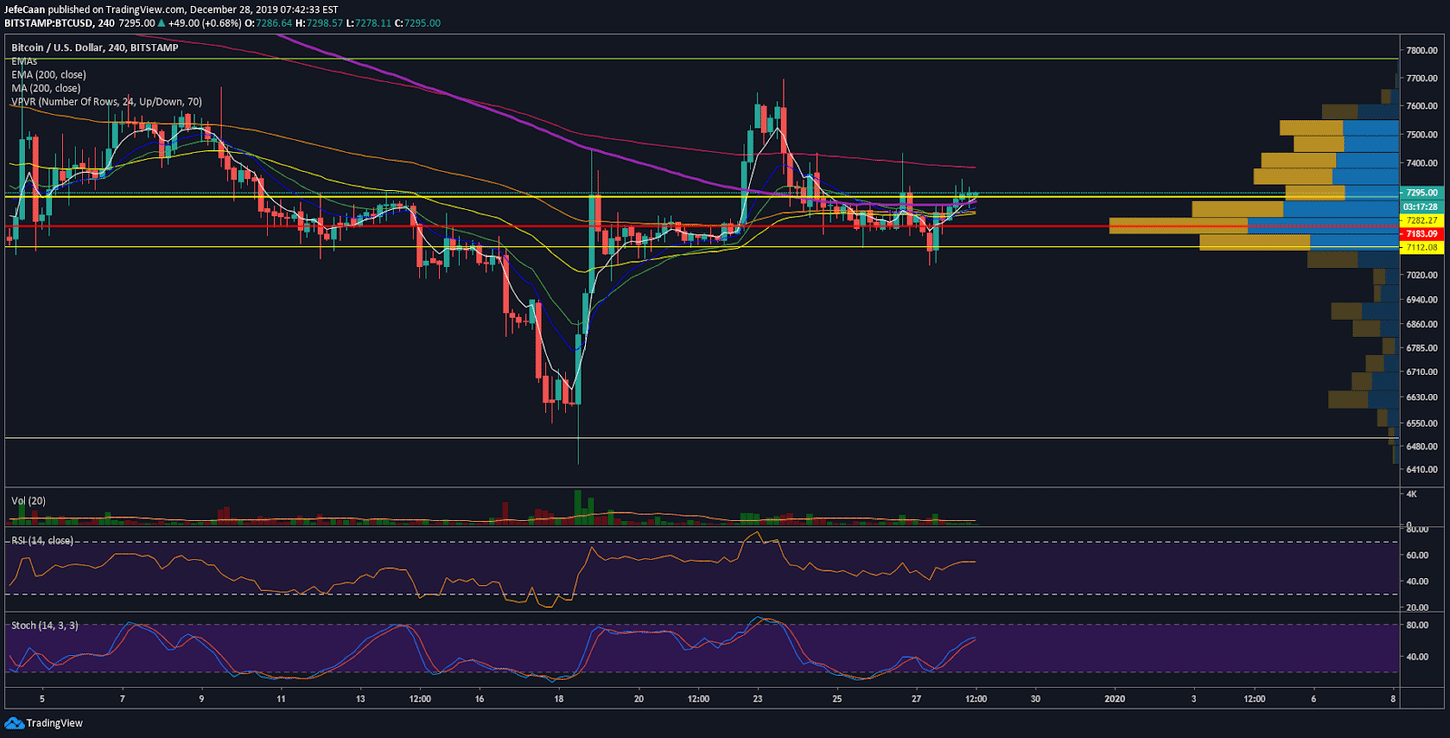 Bitcoin bulls are optimistic again and for good reason as we have seen the price climb back above the 200 moving average on the 4H time frame. This is a very bullish development short term which means that BTC/USD could keep on rallying further now that it has broken out of a range.  The bears could once again be taken by surprise if the price moves against them and rallies towards 8000 in the most bullish scenario.  In classical technical analysis the more the price test a certain level the higher the probability that it is eventually going to break past it.  We have seen the price repeatedly test the 200 moving average and it has finally broken past it. The next target would be the 200-exponential moving average but the price is likely to break past it as well as there is a lot of bullish momentum building up at the moment.

The $7,183 level continues to be a very strong support. Until and unless we see a break below this level the price is likely to keep on rallying further or at least trade sideways for the foreseeable future. At the moment Bitcoin has found support above the $7,282 level and is eyeing further upside towards the $8,000 level. A sharp decline from current levels would be quite obvious and that is not how it happens most of the time in the cryptocurrency market. It is likely that we might see another move to the upside that would invalidate the symmetrical fractal that we have on the chart at the moment. It is premature to say if bitcoin loophole UK will rise towards $8,000 or not but as long as it stays above the $7,183 level, we have no reason to be overly bearish on the market. Traders might want to keep an eye on the 200-exponential moving average because if the price breaks past it then it is likely to rally towards the 38.2% Fibonacci retracement level at $7,768. 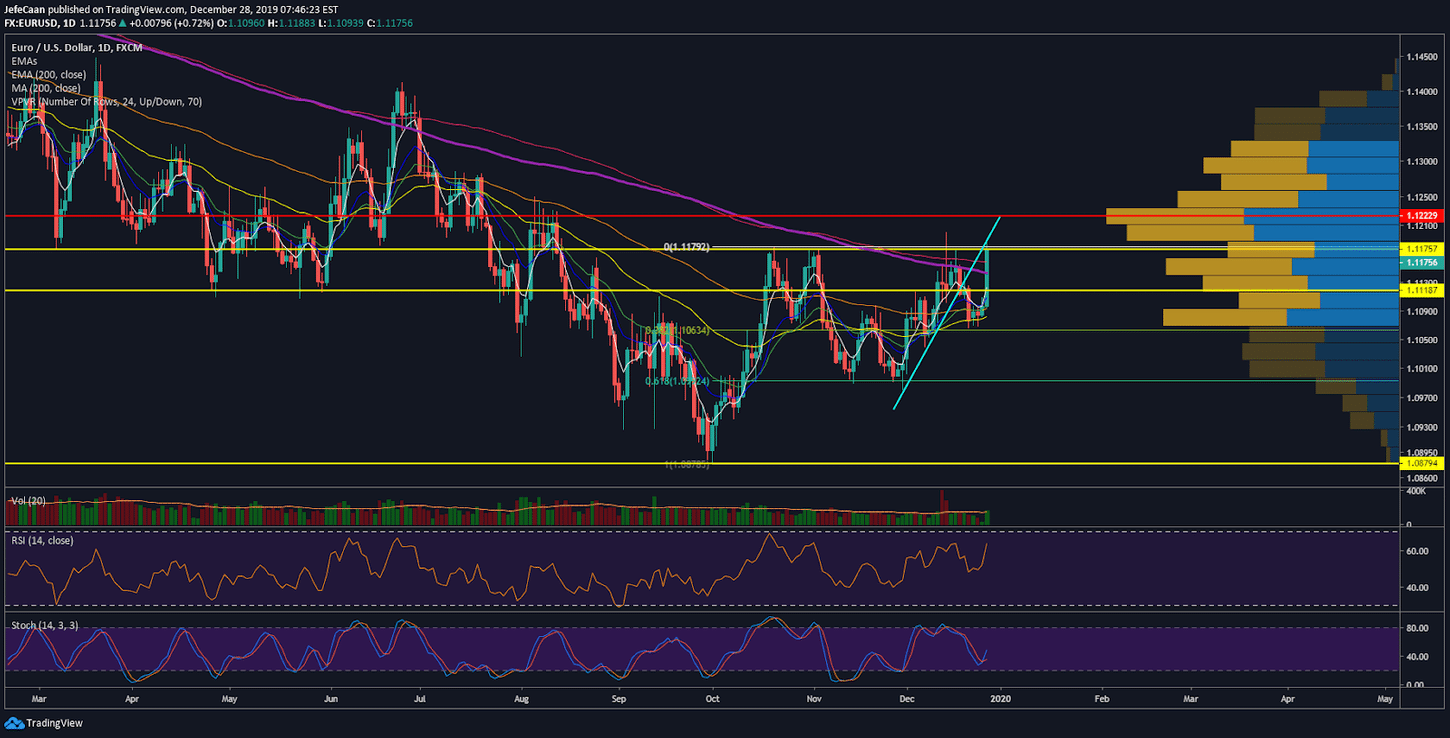 Another reason Bitcoin bulls are more optimistic now is because of the changing outlook of the EUR/USD forex pair.  The daily chart for EUR/USD shows that the pair closed its first day above the 200 moving average since June of 2019.  This is an even more bullish development for Bitcoin than what we see on the BTC/USD chart. It is important to wait and look for follow-through before taking any side on this trade but it has now become clear that the EUR/USD forex pair might trade about this level for the foreseeable future.

It is possible for the pair to face some sort of rejection at the previously broken trendline support turned resistance but if we see a break past that trendline then we would have reason to be near-term bullish not only on the EUR/USD forex pair but on the cryptocurrency market as well. In any case it is important to realize that such bullishness is not likely to last for long.  The price of Bitcoin is prime for a major decline in 2020 and we're likely to see that happen in the first few months of the year well before the next halving. However, for now the price has stalled a decline below the $7,000 level and we might see some risk-taking return to the market in the near future.