Back on June 25th, Filecoin officially announced the upcoming launch of their testnet program and release of four million FIL incentives. FIL is the native cryptocurrency of Filecoin. Filecoin is slated to go live on July 20th, and the mainnet to launch on August 21st. The initial public announcement made waves throughout the crypto industry. The soaring IPFS (Inter Planetary File System) WeChat search index and volume even surpassed that of the mighty Bitcoin and Ethereum. Needless to say, there is tremendous attention on IPFS-based blockchain in 2020. 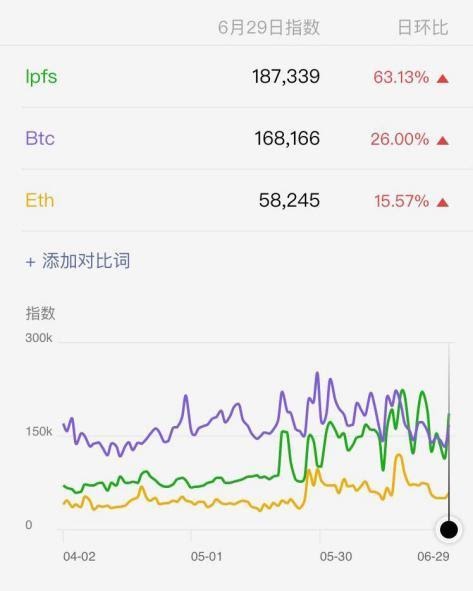 What is IPFS? It is a peer-to-peer hypermedia protocol. In relation to IPFS, Filecoin is a decentralized cloud storage network that transforms cloud storage into an “algorithmic market”. This market operates on a blockchain layer with a native protocol token (also named Filecoin) Miners earn Filecoin (FIL) by providing storage to clients.

Some questions to take into consideration; Why are investors around the world watching IPFS/Filecoin closely? Why are many quite bullish on Filecoin surpassing Ethereum’s market cap? How will this project reach and surpass a ten-billion dollar market? What is the core competitiveness of IPFS related products? Answers can be found when digging deeper into the core technology.

Filecoin is the native token reward of IPFS. It received record funding in limited fundraising time. If successful, the launch of Filecoin mainnet will cause a dramatic shift in crypto industry, as each new technological change is likely to produce new crypto millionaires on the scale of Bitcoin’s 2017 rise to $20,000 dollars. IPFS is the flagship technology behind blockchain 3.0. The application value of Filecoin is in line with the economic revolution brought on by the invention of the steam engine.

Why is Filecoin a Ethereum-level project whose value may increase by thousand-fold?

Ethereum, as a representative of blockchain 2.0, realized basic applications by means of the revolutionary smart contract. These contracts allow everyone to issue their own tokens to attract more people to this market. As a result, the blockchain financing campaign created a massive increase in the value of Ethereum as a result.

As for Filecoin, it is quite easy to understand. In essence, it is an underlying cloud storage device in the era of big data. The goal of filecoin is application landing because all data needs to be stored. Compared with Ethereum, Filecoin is not only the underlying construction of blockchain development, but also the construction of the underlying facilities in the era of data in the future. What's more, Filecoin now attracts more people, companies and communities than those attracted by Ethereum. 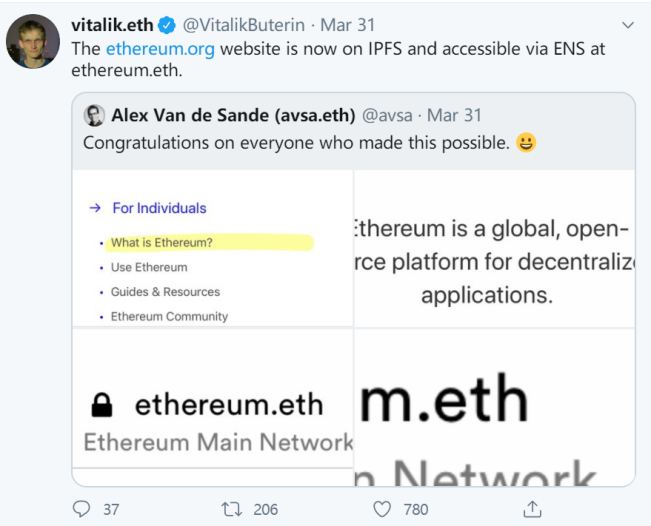 Back in early April, Vitalik tweeted that the ethereum.org website was running on IPFS. This tweet showed the endorsement for and validation of IPFS by a super power in crypto, as Vitalik’s status as Ethereum creator is quite obvious to all within the crypto space. Many people also consider Filecoin as an Ethereum-level investment opportunity and it may even surpass Ethereum when looking at the future roadmap for crypto use-cases.

How can we be involved in Filecoin when there are so many products?

Filecoins are not yet on the exchanges, as the IPFS main network is pending launch and there is not yet a large accumulation of tokens in the market at present. The best way to join is mining, as the Filecoin ecosystem is also composed of miners and users.

Product chaos frequently occurs in the market due to the increased attention. Perhaps influenced by the cost concept of Bitcoin mining, most vendors promote their mining machines with the "low price" attribute and even once disrupted within the market with extremely low rates, which is also the main concern of many laymens. Nevertheless, it is obvious that Filecoin, as a future underlying layer of Internet, will not simply rely on low cost in terms of product competitiveness.

The average price of a miner is around  $17,000 USD per rig, with the main storage server and the cloud cluster configuration to participate in the testnet competition from the perspective of server cost. With that said, the mainstream average cost of the market is at or above $170 USDT/TB. If it were lower than this price, the output per Terabyte would be quite low for both testnet and mainnet. With that said, it is difficult to produce FIL if the integrated mining machine sold is less than $17,000 USD per unit, while the cloud mining sellers are unable to afford high-performance servers if their price is below 1200TB as a result of the cost of hardware.

One might then ask: “if everyone chose the same hardware at a similar cost, what would be the real competition factor? What would I need to know about when choosing products?” 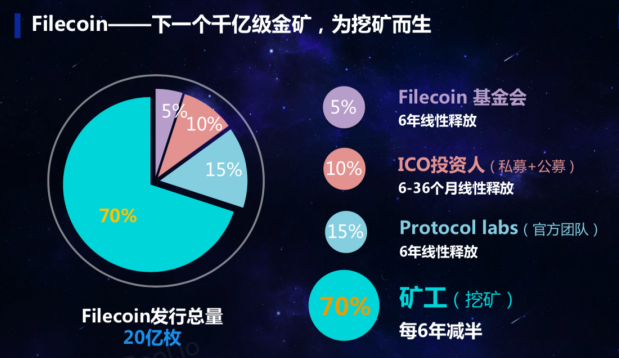 Compared with Bitcoin mining, the Filecoin mining mechanism is more intricate. Miners need efficient hash calculation and coding capabilities in addition to a strong data storage capacity to maximize mining efficiency. The main method of the Filecoin mining mechanism consists of multi-cluster cooperative mining with different types of equipment focused on different tasks that they perform best. Therefore, unlike the stack mining of Bitcoin by each miner, the core technology of Filecoin mining is the cluster configuration ability of the storage hardware and algorithm optimization ability, whose mining threshold is much higher than Bitcoin.

The efficiency of mining pools consists of individual mining machines, and is far lower than that of cluster configuration. This is ultimately the best choice for ordinary investors and is undoubtedly the best option to purchase cloud mining products with large-scale community joint participation, high-quality mining farms distributed deployment and clustered mining pool operation.

What are the characteristics of clustered mining pools? How is the technology embodied?

The technical threshold of cluster construction is high, which mainly adopts super storage cloud services + mining machines. A profound understanding of the Filecoin mining mechanism is required to set up the mining pool to apply the optimal solution to the cluster. Compared with the completion of the entire mining process by a single machine, cluster construction fully utilizes the advantages of CPU, GPU, hard disk I/O, bandwidth, etc, which can maximize the utilization of hardware and ensure a high amount of output of unit time and cost. A multithreading method is used to efficiently process multiple coding tasks at the same time and the unit cost efficiency is twice that of ordinary products. The author has consulted emerging IPFS mining pools currently. Relatively speaking, only the Athena mining pool emphasized the characteristics of clustered deployment and algorithm optimization in the technical presentation.

It is reported that, as it is backed by the supply chain of leading hardware manufacturers such as DELL EMC and Sugon, the Athena mining pool provides the world's leading cluster mining solutions of Filecoin and distributed cloud storage services together with top distributed storage algorithm teams such as StorSwift, relying on the Western Cloud Computing Center. Its output mode with integrated services such as top-tier hardware collocation, extreme IO processing, top-tier algorithm compilation and a high-reliability IDC environment, with the characteristics of "five highs" including high performance, high concurrency, high expansion, high reliability and high security. 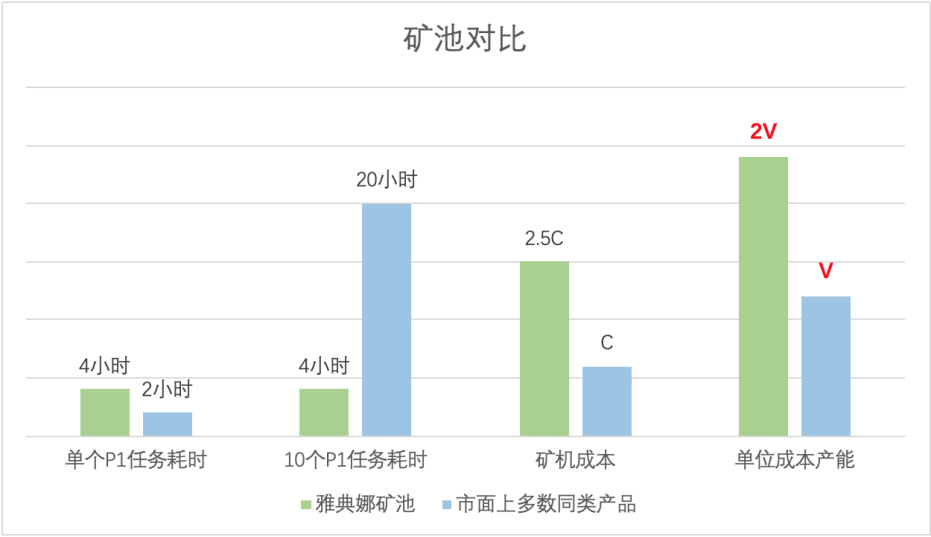 In addition, the Athena Mining Pool is also an exclusive partner of RRMine and a supplier of FIL cloud mining, providing a long-term, stable, mature and efficient cluster mining solution for RRMine.

RRMine is also one of the cloud computing power platforms that the author has followed. With over three years in operation, its products have made great innovation compared with other products; from the early BTC callable computing power contract to the recently launched IPFS contest mining machine. At present, it has great competitiveness compared with similar products in terms of both technical and product advantages.

The computing power market appears to hold great potential for reigning in a new rich future for the digital economy. It is not just a market for calculating costs and prices. Throughout the long history, really great projects have always been about the core technology itself. Take the Filecoin testnet for example, some vendors seal 1PB of a total 5PB storage capacity while some seal 1PB of a total 2PB storage capacity. Who is more powerful if they both advertise 1PB on the list? Obviously, the story of Filecoin has just begun, while real technology still needs to analyze the essence behind the appearance.

Marcus Henry is an American Journalist with over 12 years working in the tech industry. He has been actively involved in the crypto community for the past three years and currently works out of Austin, Texas. He covers breaking news, writes perspective pieces and reflections, and conducts interviews with industry professionals and community members. Follow Marcus Henry on Twitter- @MarcusHenryHODL