Why Gold Has Outperformed the US Dollar Since Forever

Ever since the US dollar departed from the gold standard in the 1970s, it has seen its purchasing power and strength as a world reserve currency dwindle.

Instead, more people than ever before are turning back to gold as an investment, as many countries are now in the early stages of a recession and governments do what they can to keep GDPs up. Here’s why gold has fared so well against the US dollar in recent years.

Gold is a Hedge Against Inflation

Like most bank-backed currencies, the US dollar suffers from an issue known as inflation — a term used to describe the gradual increase in the cost of goods and services relative to the value of the US dollar. For example, something that may have cost $10 several decades ago may cost closer to $20 now, or in other words, each dollar can only buy half as much as it could before.

Inflation is primarily caused by an increase in the money supply of the US dollar. When more money is produced than is accounted for by the economic growth of the country, it drives down the value of each dollar. Combining this with other forms of inflation, like demand-pull and cost-push inflation, the purchasing power of the US dollar has collapsed by more than 85% in the last 50 years.

The gold supply, on the other hand, cannot be increased at a whim, due to its scarcity and extraction difficulties. Likewise, it cannot be artificially inflated throughout counterfeiting. Because of this, the supply of new gold entering the market has been roughly constant and typically below consumer demand, at ~2,500 to 3,300 tons for per for the last decade. 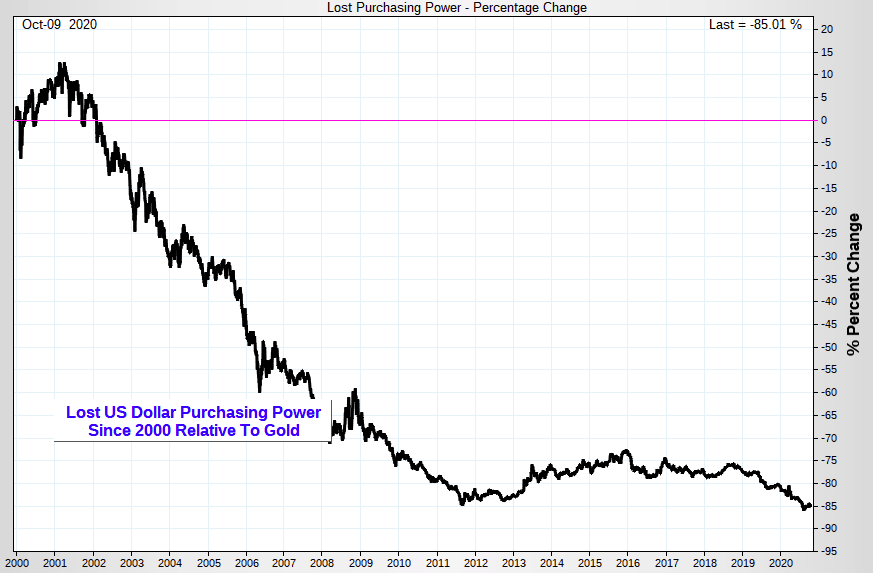 The USD has seen its purchasing power decline considerably against gold. Image: Gold Charts R Us

Another major reason behind gold’s success is its drastically improved availability. Though the global production of gold hasn’t changed much in the last two decades, it has recently become increasingly easy to purchase or invest in gold — largely due to the skyrocketing popularity of the internet.

As a result, while gold production has remained low, demand has increased considerably. Since the supply and demand balance is a core factor in price determination, this demand has contributed to gold’s meteoric price growth in recent years. 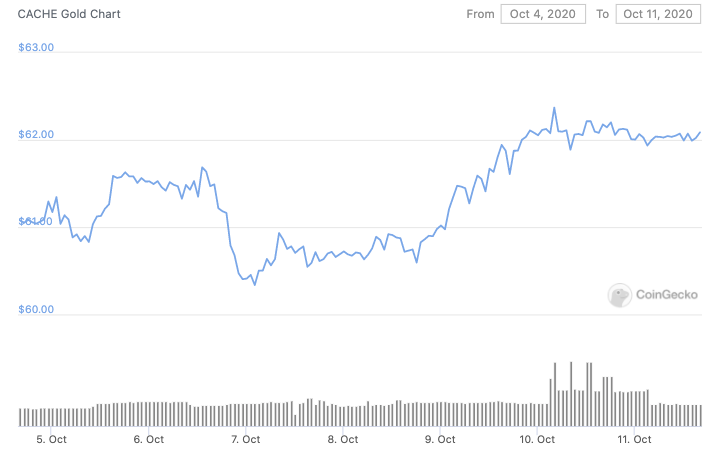 Beyond this, gold derivatives like futures and options, in addition to CFDs have made trading gold much more accessible to internet users, while the rise of e-commerce and online marketplaces has made purchasing gold bullion and bars more convenient.

Conversely, the US dollar is gradually weakening as the global reserve currency, potentially due to the United States’ spiraling national debts. This now sits at almost $16 trillion, equivalent to 93.6% of gross domestic product (GDP) — its highest value since the second world war.

Though gold’s use as a hedge against inflation and its increasing accessibility are arguably its biggest draws, it also cannot be easily seized by governments or be frozen or stolen — unlike the US dollar.

When US dollars are deposited in a bank account, the government is typically able to freeze the account for any reason — locking the holder out of their funds at the same time. While this has its uses in preventing criminal activity, it can also be authorized by the government to strategically prop up the economy. 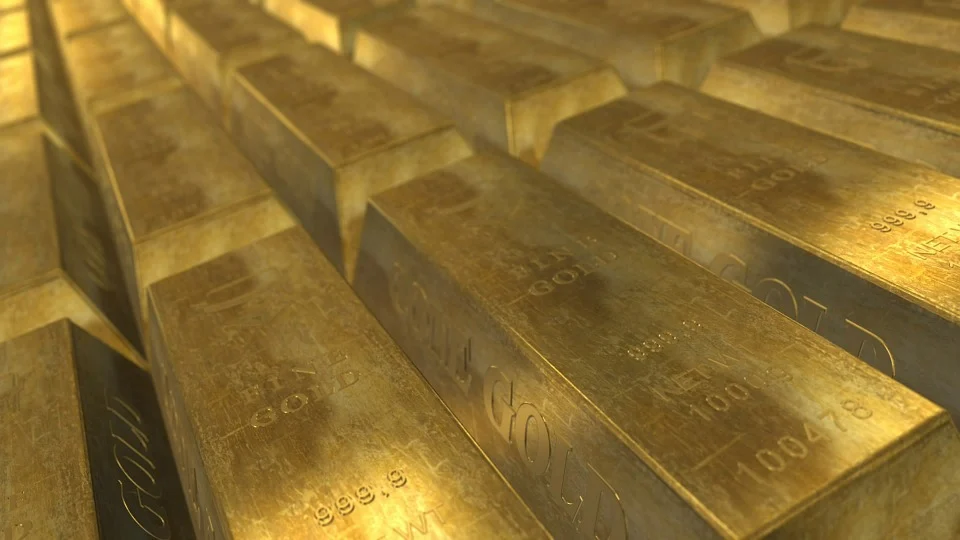 For example, if a major bank considered “too big to fail” is about to go under, there is a chance that unsecured depositors could have their balances effectively canceled and converted into ownership shares in the failing bank, in a process known as a “bail-in”. This process was used to resolve the 2013 banking crisis in Cyprus, causing thousands of depositors to lose their money.

Likewise, if a bank experiences too many withdrawals in a short period — known as a bank run — the bank can implement controls on how much money users can withdraw and when. Effectively limiting how deposits can use or access their own funds. With gold, however, this is not going to happen, since most investment gold is kept in private gold-storage vaults or self-custodied.

Huobi given go-ahead for derivatives trading in Japan