Was there a Bitcoin ‘double spend’?

BitMEX Research tweeted on Thursday that it had detected two conflicting transactions, and that a double spend may have occurred.

A double spend would be a critical flaw in the Bitcoin Blockchain and if confirmed would expose a vulnerability never seen on this blockchain before. As the price of Bitcoin fell 11% yesterday, some were saying that this was a result of the news.

The double spend was a small one of around 0.00062063 BTC ($21) and shortly afterwards responses to the tweet were made.

Andreas Antonopoulos is a highly acclaimed expert on Bitcoin. He has written various books on the subject and has spoken at many conferences around the world. Much of the work he has done in evangelising Bitcoin has been for free but he has received unsolicited amounts of Bitcoin from grateful followers of his work.

What is a double spend?

As the name suggests, a double spend is an attempt to spend the same amount of money in two different places at the same time. With fiat currency this would be like giving a bank note to two people at the same time – impossible, unless one of them had been forged.

With Bitcoin, if a double spend occurred whereby two transactions were added to the blockchain at the same time, the first one added would be the correct transaction.

It would appear that the two transactions were competing blocks. When this happens at the same there is always a winning chain and the loosing chain is dropped.

As pointed out by Antonopoulos, this type of occurrence on the Bitcoin blockchain is not uncommon. However, there are those who still say this was a double spend – even though it was not successful. 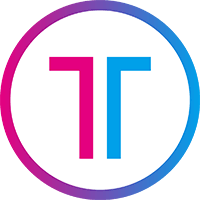