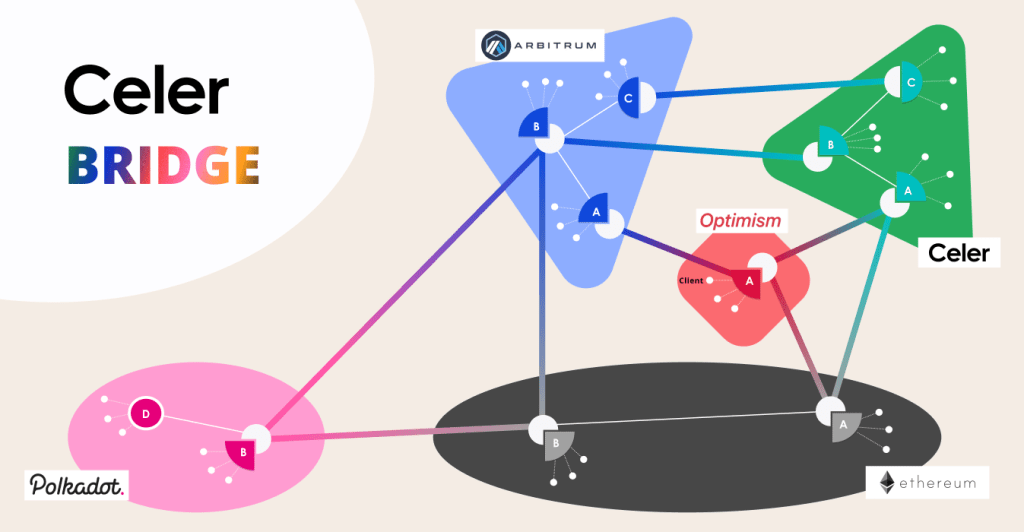 Layer-2 scaling platform Celer Network has released the first bridge designed for moving funds between Ethereum L2s. cBridge supports Arbitrum and Polygon, allowing users to move funds from the likes of Quickswap (Polygon) to Uniswap (Arbitrum) without the need to interact with Ethereum.

Promising up to 1,000x cost reduction versus existing bridges, Celer’s L2 bridge will give defi users a means of funneling funds between the leading DEXs, yield farms, and lending protocols. Binance Smart Chain and Ethereum are also supported in v1.0 of cBridge, and it is expected that support for additional L2s will be incorporated with subsequent versions.

The People’s Bridge Opens for Business

Keeping track of the number of bridges available for routing funds between blockchains has become a full-time job; every week a new cross-chain bridge appears promising to improve upon its predecessors in terms of speed, cost, and UX. Celer’s effort is likely to gain traction, however, not just on account of its performance, but due to the networks it supports.

Many defi users have yet to get acquainted with Arbitrum, despite Uniswap launching there earlier this month, but are very familiar with Polygon. Having the option to send funds from the latter to the former and vice-versa will increase the appeal of LP’ing on Arbirtrum while cementing Celer Network’s credentials as a vital cog in the blockchain scaling game.

“As an open-source platform with the mission to bring blockchain adoption to mainstream, our goal with cBridge is to deliver a high-performance and cost-efficient interoperable value transfer network with no compromise on the security or trust-free guarantee,” explained Dr. Mo Dong. Celer Network’s co-founder added, “We will continue to support and facilitate projects that build on top of our solutions.”

How Celer Slots Into the Scaling Landscape

For defi users who’ve been following the scaling wars closely, many of Celer Network’s features will sound familiar. It promises multi-chain and cross-layer support for ‘L2s,’ the term given to crypto networks that are broadly pursuing the same goal: helping Ethereum to scale. At its peak, during May’s dog coin season, Eth fees spiked to over 1,000 gwei, rendering the network unusable.

Gas prices have since dropped sharply, and gwei is now usually in the low double digits. Nevertheless, defi users who have grown accustomed to swaps on L2s such as Polygon for less than a cent now balk at paying $10 for doing the same on Ethereum. Thus, the introduction of bridges such as Celer’s will be welcomed by hardcore defi users. The ability to circumvent Ethereum entirely will make cross-chain swaps multiples cheaper and faster.

Celer was designed to support micropayments, defi, gaming, and other applications that are reliant on low-cost transactions that are settled in real-time. The platform boasts superior user experience and robust security thanks to its State Guardian Network. Built using the same technology as is used in Celer’s State Channels, cBridge minimizes blockchain hopping, allowing funds to be moved faster and with less friction.

With plans to eventually support blockchains such as Polkadot, Celer Network’s cBridge could become a vital hub in the superhighway that connects the burgeoning defi landscape.

Disclaimer: This article is provided for informational purposes only. It is not offered or intended to be used as legal, tax, investment, financial, or other adv