Why the Greyscale unlock is no big deal

The largest institutional holder of Bitcoin, the Greyscale Bitcoin Fund (GBTC) is presently unlocking certain amounts of Bitcoin, and will continue to do so over the coming weeks. Some analysts have said that given the current predicament of bitcoin, hovering just above the critical 30,000 support level, these unlocks can contribute to crashing the cryptocurrency down through this support and into a new bear market.

Datadash is a YouTube influencer with one of the largest subscription counts of any of his peers. His video today put over his view that the recent and ongoing Greyscale GBTC unlocks are actually not of any particular concern for the price of Bitcoin.

Yesterday saw the unlocking of a very large tranche of shares in the form of 16,000 BTC. This is part of the overall unlock of 40,000 BTC to be carried out over the following weeks.

Investors would no doubt be worried about these unlocks. Given the precarious state of the market, yesterday’s unlock was awaited with a good deal of fear, uncertainty and doubt (FUD).

However, according to metrics on Glassnode, the Greyscale bitcoin holdings are reducing very slowly over time, rather than the large dumps that might be expected. 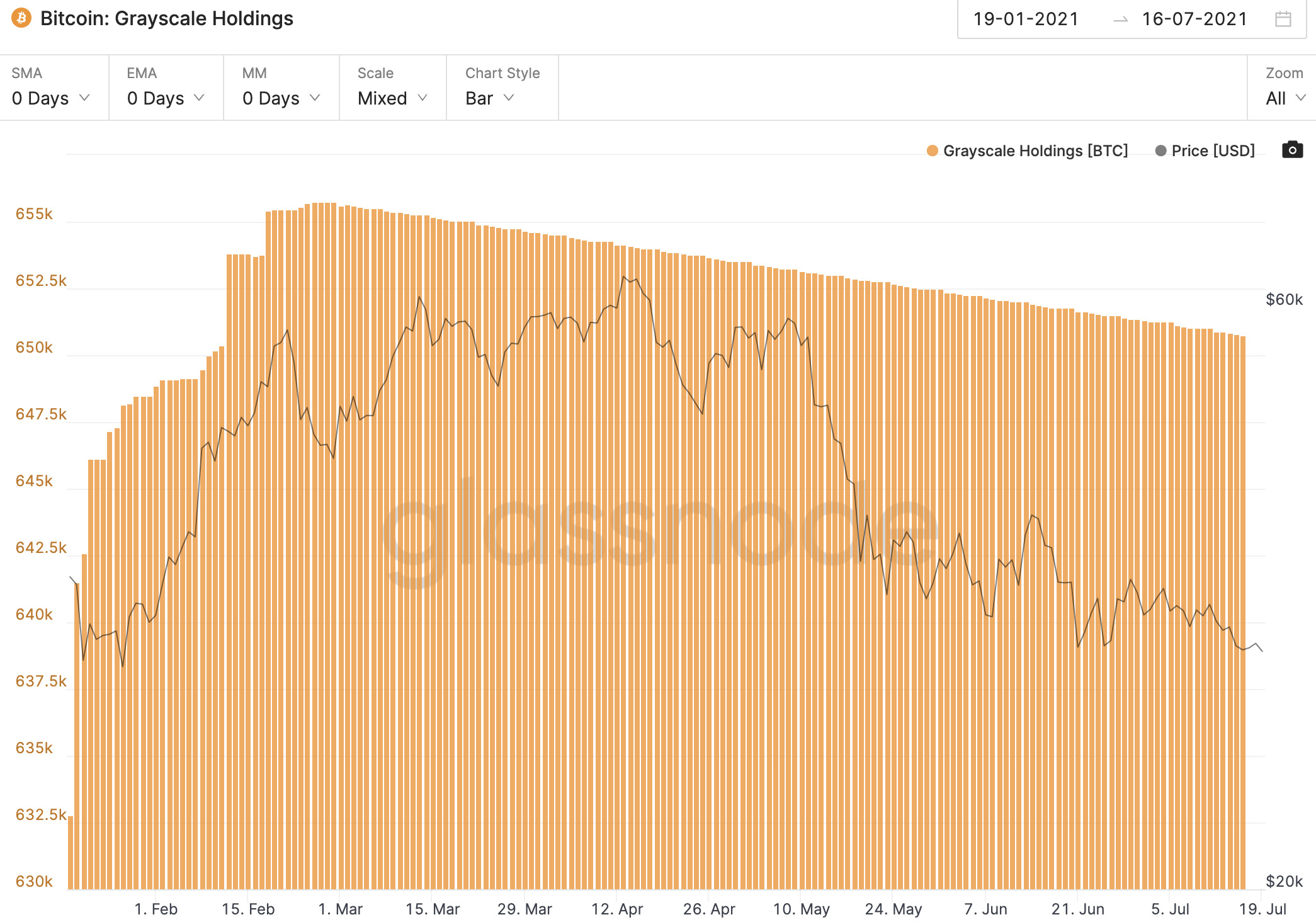 There is no incentive for selling of these shares on the open market given that this will dump the bitcoin price. All that is happening is that there is fractional unlocking of bitcoin that goes all the way back to 2020. And these unlocks never had any significant effect on the price.

The chart curtesy of Bybt.com shows these unlock amounts, but it can be noted that they had little or no effect on the price, going back to December of 2020. 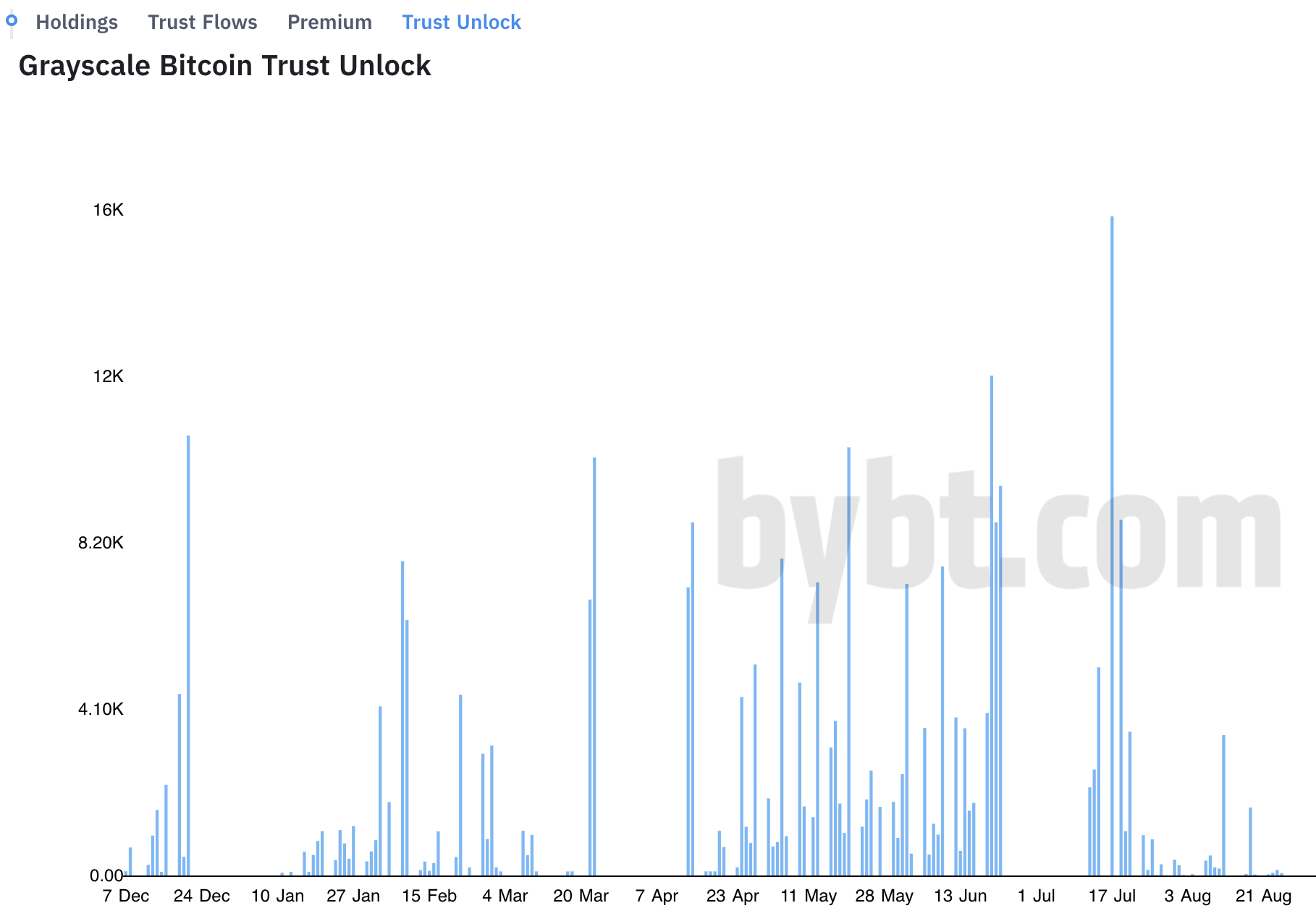 The GBTC premium is very negative, and investors have been buying GBTC at a discounted rate of between 20 to 25%. Therefore, it can be imagined that Greyscale is certainly not going to sell off GBTC willy nilly in order to compensate for the premium.

Instead, Greyscale has chosen to slowly sell off the GBTC shares as it waits for demand to pick up. That demand could be argued to be being fulfilled, as the likes of the large funds start building positions. This can be seen in the Greyscale Premium chart, where the negative premium looks to have bottomed as new buying comes in. 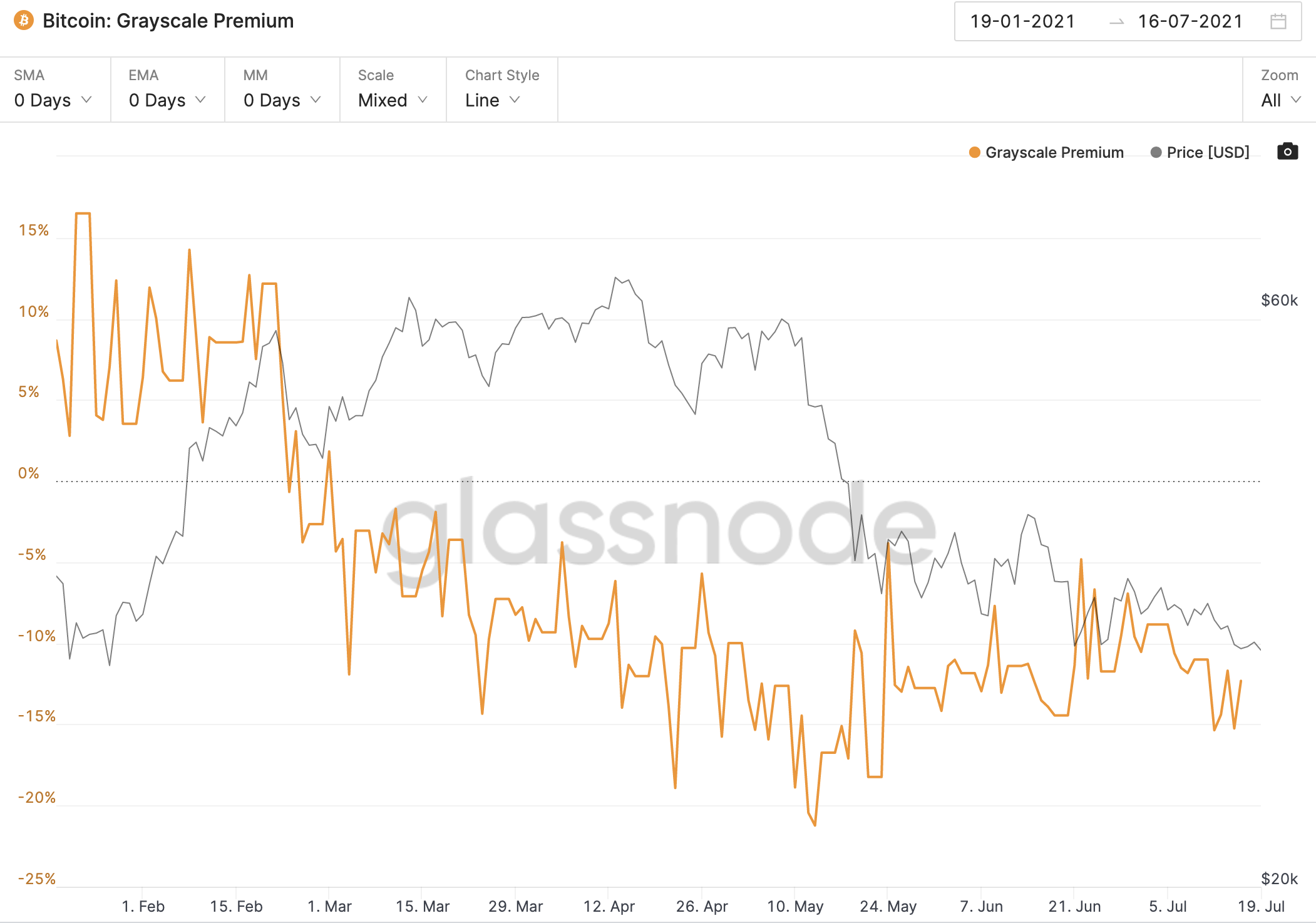 Bitcoin is at a precarious position, and most analysts are predicting the big fall. However, contrarians such as Datadash, and Cathie Wood of ARK, continue to have faith that this is the bottom, and that the market will pick up from here on in. History will be their judge.