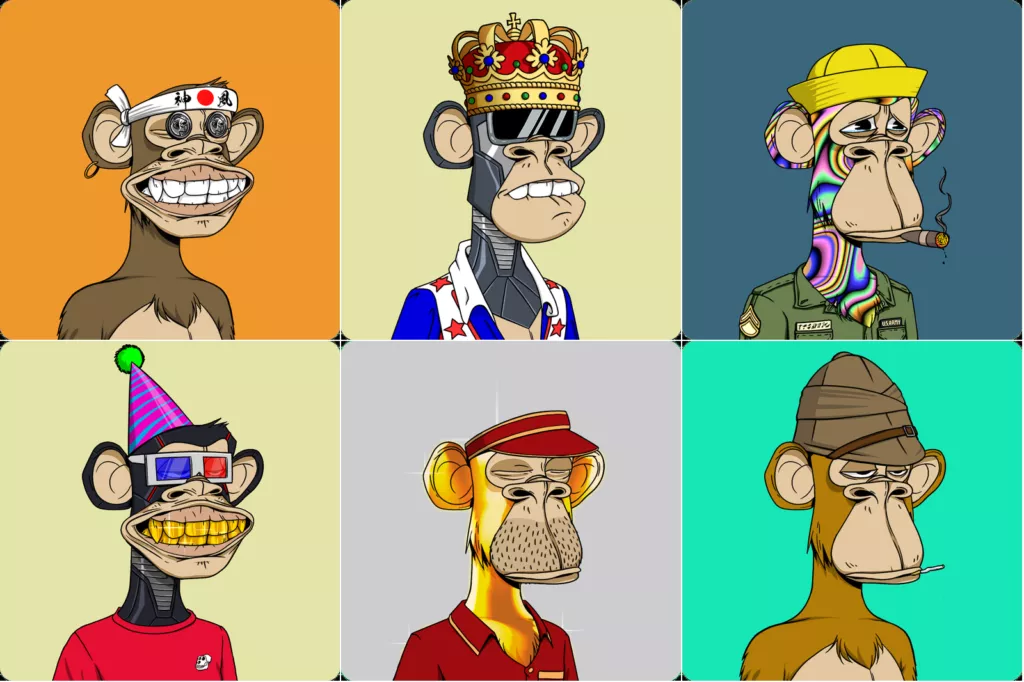 Over the past few months, strange ape images have popped out on social media platforms with a multitude of users changing their profile pictures to these ape cartoon images. These apes, most with jaded expressions and colorful backgrounds, have become the focal point of the non-fungible token (NFT) marketplace as Twitter personalities and communities keep on buying and discussing these beautiful pieces of digital art.

These avatars are a creation of one of the most successful NFT communities in the world today, Bored Ape Yacht Club (BAYC), which launched its NFTs on April 30th. At launch, the BAYC website released ten thousand unique ape avatars as NFTs - raising $2 million dollars in a sell-out event in minutes. Now, the apes will give users additional utility, added to the satisfaction of owning a collectible - an opportunity to invest in fine wine.

According to a statement, Bored Ape Yacht Club will enter a collaboration with The Bored Wine Company (no affiliations between the two) to give ape avatar holders “something to enjoy in the real world”. The BAYC NFT holders will be able to invest and trade in fine wine collections by The Bored Wine Company and earn an NFT in the process.

The Bored Wine Company will become the second spin-off NFT projects to be rewarded to BAYC members in the past month. In July,

This represents an amalgamation of two important fields in art, which will be coming together to boost user experience, transactions, and adoption in both fine wines and rare NFTs. The Bored Wine Company, developed by the team behind the blockchain-based trading platform for unique assets WiV, hopes the launch of wine-based NFTs will start a new era in crypto and the wine industry.

Holders of rare BAYC NFT ape avatars will be able to invest in The Bored Wine Company, a statement reads, allowing them ownership of a case of six bottles of fine wine resplendent in a label that resembles their Bored Ape NFT personality. The NFT wine labels will be specially commissioned original pieces that are exclusively created by NFTSommelier, creative director at WiV.

The Bored Wine Company will source and bottle some of the world’s best wines and immortalizes them with a collection of the rarest and exclusive new BAYC NFT pieces. The company will then keep physical wine bottles in their Metacellar for preservation.

To invest in The Bored Wine Collection users need to fill in a form on its website and send the ape avatar they would like to see on the bottle. Once filled, artists in the community will take up their tools and create unique and exceptional artwork for bottles of wine labels and also create unique NFTs. The NFT is then minted on Opensea and the artwork for the production of the wine labels will be sent to production alongside your vintage collection of wine.

Once you invest in the Bored Wine Company, a case of six wines will be produced with a label of the ape avatar personality you selected and sent to a professional Metacellar for storage. Additionally, investors will receive an NFT minted on Opensea based on the wine’s label - denoting the ownership of the physical wine bottles and can be traded freely.

In support of the NFT metaverse, The Bored Wine Company will also produce a seventh bottle of the same wine, which will be stored in the company’s vault. Finally, a user can also request the eighth physical wine bottle with a similar label to enjoy in the real world.

“You will have an NFT that demonstrates ownership of the wine and you can trade virtually instantaneously, secure in the knowledge that the physical bottles of wine will have their value protected in our professionally managed warehouse,” a statement from The Bored Wine Company reads.

Once the wines are produced, the NFT holder will receive a message allowing them to purchase the six bottles with a two-day exclusive period before they are sold to the open market.

Over the past months, the growth of BAYC assets has been nothing short of extraordinary with NFT pieces going for as much as half a million dollars and the lowest Bored Ape NFT selling around $14,000 apiece on OpenSea. According to NFT stats, Bored Ape Yacht Club NFTs were sold 1116 times in the last 7 days recording a total volume of $53.4 million and an average NFT price set at $47,800. 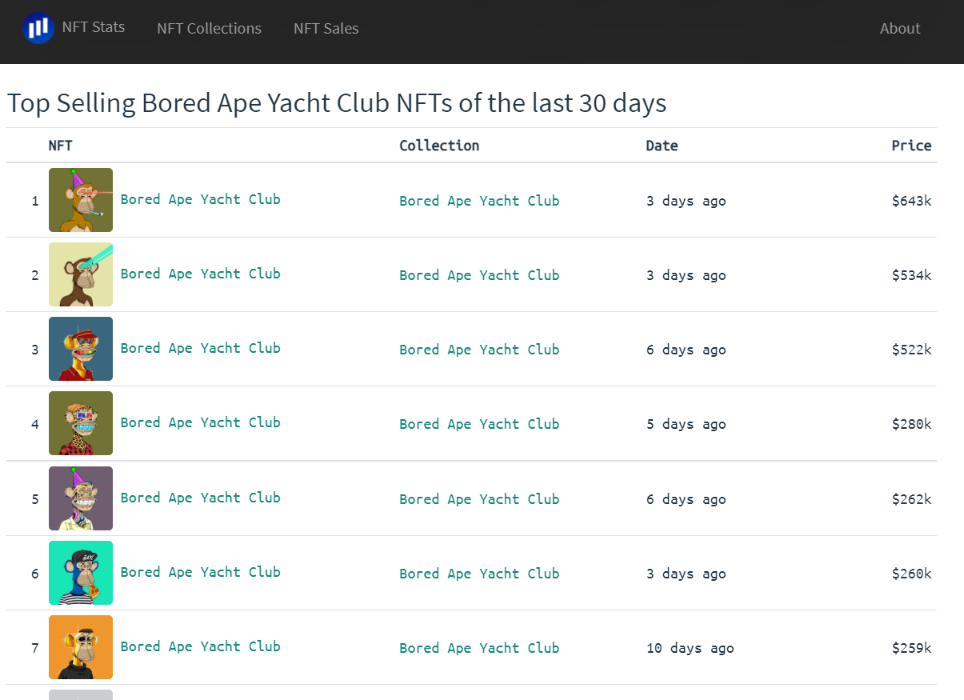 Notwithstanding, the mainstream population is finally getting ahold of the NFT concept with top media stations reporting on them and the top auction house, Christie’s also getting in on the act. The London-based auction house plans to launch NFT this September with BAYC pieces expected to go under the hammer.