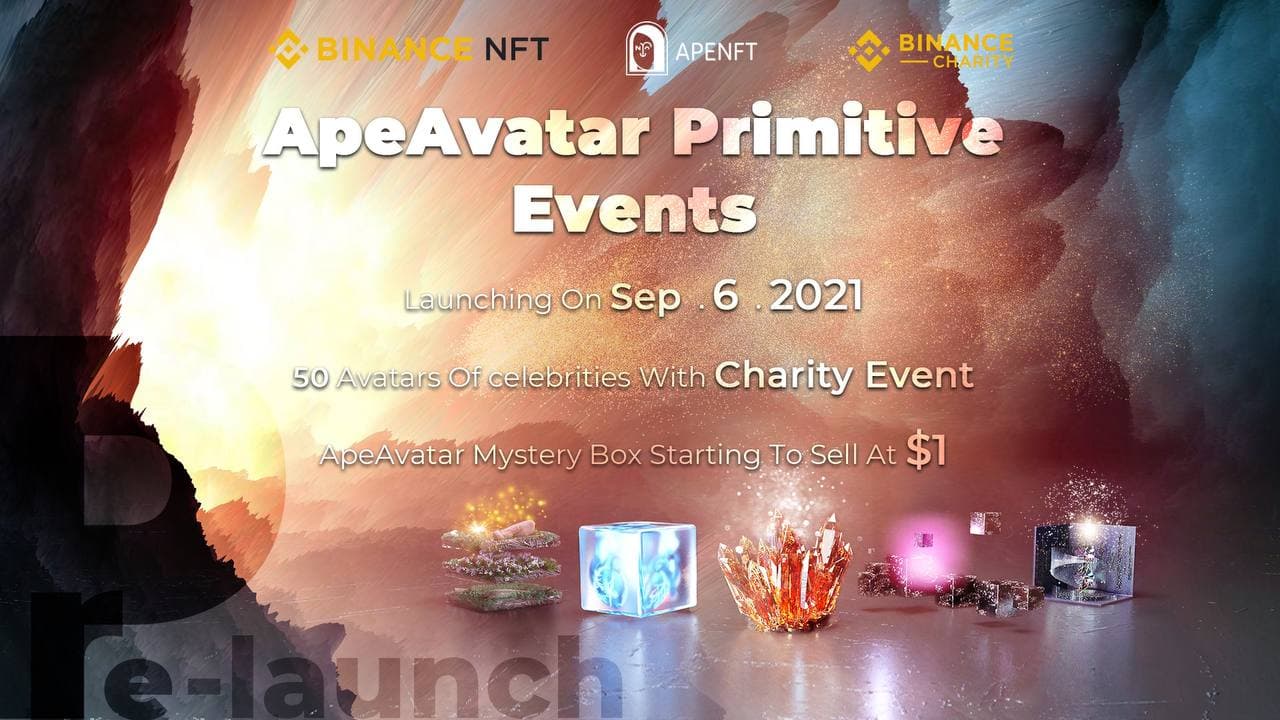 Binance and APENFT are cohosting the "ApeAvatar" charity mystery box event on September 6. Centered around charity, the 60-day event incorporates NFT celebrity avatars and mystery boxes of designer toys to unleash greater potential for the NFT ecosystem. This marks another collaboration between the two after the "Genesis" NFT auction in June.

It is understood that the "ApeAvatar" event comprises two major sections - charity avatar claiming and the sale of select mystery boxes.

APENFT will create well-designed cyberpunk-style NFT avatars of 50 global influential people including Justin Sun (founder of TRON) and Changpeng Zhao (founder and CEO of Binance) for them to claim. For each of the avatars claimed, APENFT will donate $5,000 to international philanthropic organizations such as One Tree Planted and Koala Clancy Foundation in support of their tree planting projects.

In addition to the novel "celebrity + charity" activity, a select series of mystery boxes in a similar style to the celebrity avatars will also be launched at the event. This series features the classical Mona Lisa and David of Michelangelo, with each image composed of three independent parts - body, clothing, and colors - to endow the NFTs with uniqueness.

Earlier in June, APENFT joined hands with Binance and TRON and hosted the first auction on Binance NFT, which was titled "Genesis". At the exclusive auction, the NFT version of “Three Self-Portraits” by Andy Warhol, a household pop artist, was sold for a spectacular $2.8 million. A total of 100 NFT artworks from the three series derived from "Three Self-Portraits" were sold out on Binance NFT as well. The auction concluded with record success on all fronts, including the quality and quantity of auction items and the closed deals.

APENFT and Binance are working together again to launch this ApeAvatar event, drawing on the clout of KOLs on social networks for charity auction and leveraging the blockchain technology and NFT to boost support for philanthropic activities. This event showcases the potential in NFT, as well as the commitment of APENFT and Binance to the NFT field.

APENFT is backed by the underlying technology of top-notch blockchains Ethereum and TRON with support from the world's largest distributed storage system BitTorrent to deliver the mission of registering world-class artworks as NFTs on the blockchain. The foundation owns a collection of works by famous artists such as Pablo Picasso and crypto artists Beeple and Pak, with a total value of more than $30 million.

Embodying the combination of "art + technology", ApeAvatar guides people to co-build the Metaverse and to create a new era of digitalization, during which APENFT and Binance NFT will serve as a bridge for this great migration while fulfilling their own missions.