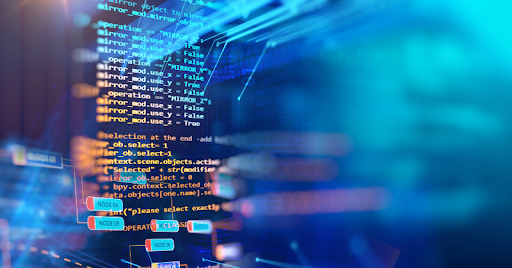 Many agree that the mainstream acceptance of cryptocurrencies is inevitable. The only problem is that “inevitable” does not mean “soon” in any dictionary, forcing crypto companies and enthusiasts to try to speed the process up. So far, one of the fastest shortcuts to better visibility in the eye of the mainstream has been sponsoring and partnering with major sports teams and events. While the long-term effects of these alliances are still to be felt, it’s worth taking a closer look at some of the high-profile efforts that may differ in execution but clearly have the same goals.

FTX: from Stadiums to Keyboards

Cryptocurrency derivatives exchange platform FTX is on the charm offensive at the moment, trying to cover as many bases as possible to broaden its outreach and solidify its brand with the help of sports. With that in mind, they recognized the importance of treating esports (electronic sports) as the emerging competitor for global spotlights of regular, more mainstream sports.

This is why they inked a seven-year brand promotion deal with Riot Games, a US-based video game developer, publisher, and esports tournament organizer, best known as the developer of the globally popular title League of Legends. While the exact amount of the deal signed in August 2021 remains unknown, Riot Games claims that it was the largest sponsorship agreement it has signed for an esports league so far.

FTX has been named the official cryptocurrency exchange of LCS, the League Championship Series (LCS) which is one of the largest esports leagues in North America. Earlier, FTX has also sought to gain a foothold in the world of competitive gaming by signing the US$210 million deal with US esports organization Team SoloMid (TSM).

The world of massively popular mainstream sports has also drawn FTX, as they are a signing party in the first-ever sports partnership between a professional sports league and a crypto brand. This refers to their five-year deal with Major League Baseball that includes having FTX patches on umpire uniforms and the use of player highlights for content creation.

As the final PR slam dunk, FTX went fully “physical” with the $135 million deal for naming the Miami Heat’s home court the “FTX Arena” and doing the same for the California Memorial Stadium on the campus of the renowned Berkeley University which will be known as the “FTX Field” from now on.

Tezos blockchain network is by no means an unknown name, even beyond the borders of what is described as the cryptoverse. Yet, its officials seem to have realized that all the talk about its technological achievements and plans for the global financial restructuring will not get it the mainstream attention they feel it deserves any time soon.

This is why Tezos made headlines by its entrance into the world of high-speed sports on whose fast wings it hopes to fly to a more visible place in the public memory. Tezos recently signed a multi-year partnership deal with McLaren Racing for brand promotion across Formula 1, IndyCar, and esports. This means that Tezos branding will be worn by McLaren Formula 1 and Arrow McLaren SP teams, including the race suits of McLaren F1 and AMSP drivers.

Tezos pushed for more blockchain publicity with yet another famous sports team, the New York Mets, with its brand now adorning the scoreboard on the centerfield and around the ballpark.

Moving beyond the world of helmets and patches, Tezos aims to stay on the fast track to getting the attention of sports fans with its technological expertise as well. This is why it became the first official blockchain partner of the Red Bull Racing Honda Formula One racing team, tasked with launching the Team’s first-ever range of digital collectible NFTs on its blockchain. The arrangement was made in recognition of the similarity between Formula One and blockchain which both thrive with the latest industry advancements, according to the statement by the Red Bull team.

Bridges Made of NFTs

While the partnerships between blockchain companies and esports businesses are not the stuff of news today, the Flare Networks, a decentralized blockchain platform, went for the top player in this field with a goal that goes beyond the mere marketing mainstreaming. In August 2021, Flare managed to draw the attention of the Global Esports Federation, an umbrella organization based in South Korea whose goal is to have electronic sports recognized as a legitimate sport.

They agreed to use blockchain technology as part of the future joint projects that will revolve around redesigning the players’ competitive experience and interaction across the board and achieving a truly global coverage for the esports world.

Since both the blockchain/cryptocurrency and esports organizations share a similar goal for their industries, i.e. global recognition and equal status with the legacy structures in place, this move might prove to be essential in forging an alliance that will lead to the integration of esports and blockchain to make both industries achieve maturity faster.

The insiders point to the technology of the non-fungible tokens (NFTs) as the stepping stone on this path since the concept of digital items is already well-established across the gaming communities. In exchange for a grain of publicity and visibility, the Flare Networks can easily provide a platform for NFTs that esports organizations and game publishers can turn into revenue streams.

With interest in NFT blockchain games skyrocketing over the past few years and both communities being young, tech-savvy, and enthusiastic about collaboration, a global partnership of this type could become a model for building bridges between gaming and crypto industries.

Scoring a Goal with StormGain

As one of the most globally popular sports, association football may appear like a golden goose for crypto companies looking to piggyback on its popularity and take a slice of it in stride.

StormGain, a popular crypto trading platform, broke the ice in taking the world of cryptos to this venerable game by entering into official partnerships with two hugely popular European football clubs – Italian S.S. Lazio and U.K. 's Newcastle United. In September 2020, the deal with Lazio which turned StormGain into an official “crypto trading partner” of the club was described as a bridge between emerging technology and history. Under it, StormGain is to help Lazio create exclusive offers and perks for its fans and clients and make them easily accessible with the help of blockchain.

Another European football powerhouse that went crypto, Newcastle United F.C., agreed to put StormGain’s logo on their player shirt’s left sleeve, the first crypto brand to receive that treatment in the history of the club. In exchange for this promotional deal, StormGain will provide the Newcastle fans with access to exclusive offers such as the opportunity to attend training sessions and matches.

While the alliance between crypto companies and sports associations may make them both appear like strange bedfellows, the marriage of convenience between the two is perfectly natural in the business sense. There has been hardly anything more mainstream than mass sports today and the crypto professionals are right in seeing it as the shortcut to getting some mainstream love and visibility for their technology. To the world of sports, crypto companies bring technical expertise, cutting-edge blockchain features, and a veneer of trendy sophistication. As these are converted into even more visibility for mainstream sports as well, this appears as a rare example of a fair-play marketing game in which both teams leave as winners.