Why would the SEC approve a BTC Futures ETF?

With Chair of the SEC Gary Gensler so stridently opposed to all cryptocurrencies, why has he hinted that he might approve a Bitcoin Futures ETF? Might it be that he knows the SEC can’t take Bitcoin down? But with Bitcoin futures contracts perhaps it might well be tamed and controlled.

According to Bloomberg Intelligence Commodity Strategist Mike McGlone, the SEC approval of a Bitcoin Futures ETF is just around the corner. In an interview with Daniela Cambone of the Stansberry Investor YouTube channel, he gives the reason:

“Canada is extending a competitive lead over the United States after approving Bitcoin ETFs from 3iQ and Coinshares in April.”

He thinks that lawmakers don’t want to miss out and so they could approve an ETF “potentially by the end of October”. He adds that the ETF would likely be a “futures-backed product” and that this would help to legitimise the asset.

However, it might well be argued in return that wanting to “legitimise” Bitcoin would be the last thing on the agenda of the SEC. The SEC chairman Gary Gensler couldn’t be more anti Bitcoin and cryptocurrencies, referring to them as “private money” and of possibly having a “destabilising effect” on the monetary system.

So why then is there this expectancy that the SEC will in fact approve a Bitcoin Futures ETF?

To answer this question, first one would have to look at other assets that have long had futures contracts tied to them. You would need to look no further than the gold, and especially, the silver markets.

These markets have been in the doldrums for decades. Granted that gold did reach $2200 in August 2011 from a bottom of $400 in March 2001, so at least we have seen some upside here, although many observers would say that it should be much higher given the huge amount of economic uncertainty.

However, the market that has really lagged is silver. Silver is currently at the same price it was back in 1983. Also, if you only went back to last year, you would see silver well under the $20 price seen back in 1968. 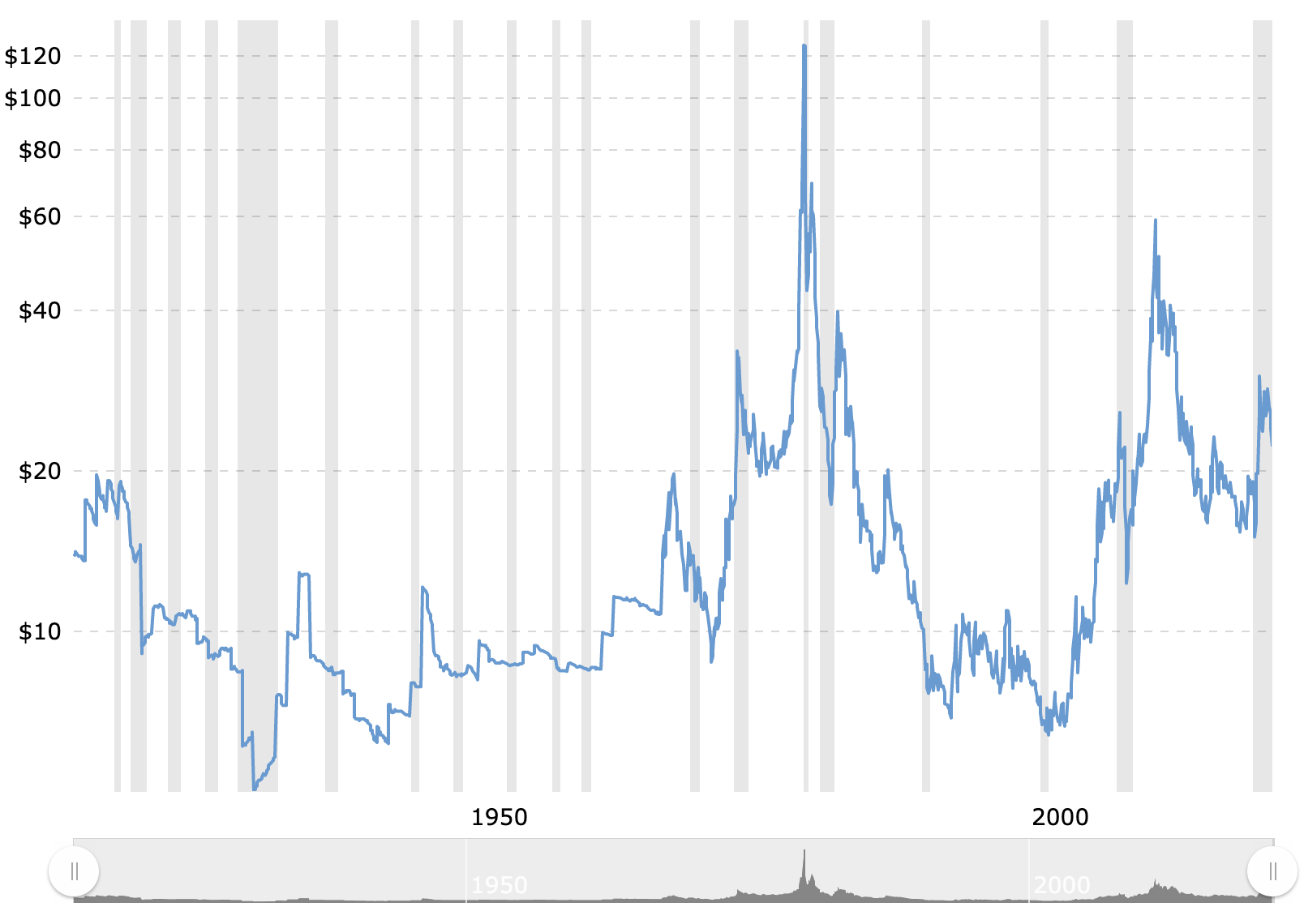 Silver used to be the currency of the US and of all empires going back to roman times. As with all these empires, debasement of the currency, i.e. removal of more and more of the silver content from the coins, led to the eventual downfall of them all.

In present times, silver has huge industrial demand, even apart from its monetary use. The much-trumpeted green revolution will require massive amounts of silver for electric cars, solar panels, and just about every appliance.

If you try to buy silver now however, you will find that it really isn’t easy. Bullion distributors have scarce supplies and the few mints around the world cannot keep up with demand.

Why therefore is the silver price not much higher than it was back in the 60s?

The answer can be found in the silver futures market. Without getting into the weeds of how it all works, just imagine a few big banks on the short side of things. Imagine all the paper money that can be suddenly dropped onto the market at 3am in the morning, completely slamming down the price and liquidating anyone audacious enough to go long.

This has been happening for decades. Big banks have been fined continuously for manipulating the market. They pay the fine and then carry on with their manipulation – the fine nothing more than a small price to be paid on the way to making gargantuan profits.

This is how the powers that be keep assets down that threaten fiat currencies. Bitcoin may well be the next asset on the list. If you think Gensler is softening his approach by granting a Bitcoin Futures ETF, then think again.