What is Shamrock Studios, and How is it Connected to Lepricon?

Shamrock Studios is an indie game publisher based in Hong Kong that publishes fun games for mobile and tablet. They work with small developer studios across the world and believe everyone deserves to have a little bit of fun every day.

The new Lepricon has a multi-pronged approach to a particular goal.  Namely, solving the problems and challenges that prevent traditional game studios from incorporating blockchain technology into their games, thereby fulfilling their promise that gaming should be the first significant on-ramp for mainstream audiences.

One critical element in their revised strategy is a real-world company, Shamrock Studios, a Hong Kong-based game development studio focused on developing games for iOS and Android devices.

Shamrock Studios was created as a separate company from Lepricon for two specific reasons:

The company needs a foot in the real world.

Lepricon operates in the world of crypto. All of its assets are in Bitcoin, USDT, and Eth. However, as the company notes:

“We can't rent an office with crypto, and without a limited company, we cannot employ people. These real-world needs present the first most practical reason for the company to exist in our home base”

The need for a vehicle to publish in the app stores.

There has to be a real-world company to publish content in both the Apple and Google app stores. Just the mention of blockchain or crypto can be problematic and cause issues with Apple and Google.

How will Shamrock Studios be used?

Shamrock Studios will publish games for mobiles, hyper-casual for now, transitioning into mid-core games, requiring more skill and strategy to progress. These games are a revenue stream for the company, and the more successful Shamrock Studios is, the more it will be able to support the real-world needs of the group.

More importantly, Shamrock Studios will be the testbed for the technologies that Lepricon creates for traditional game developers. These solutions include converting in-game assets to on-chain items, tokenising in-game currencies, and adding NFTs to mainstream gaming experiences.  In effect, Shamrock will always be Lepricon’s first customer for the solutions it develops and a vehicle through which we can prove their efficacy to potential third parties.

Has Shamrock Studios published any games?

The Studios first game is Get the Cats (iOS App Store / Google Play), an augmented reality game where you can while away your spare time finding cats. Lots of them. Then you have to feed them. Imagine Pokemon Go, without the risk of getting run over, with a dose of Tamagochi, but with better graphics. Get the Cats was created in-house and recently launched on the app stores.

The next major update of Get the Cats will feature more than just hidden cats for you to find. There will be NFTs in the mix. Lepricon will provide the technology to add NFTs in limited supply into a game that users can play endlessly. More news on that will follow in due course. 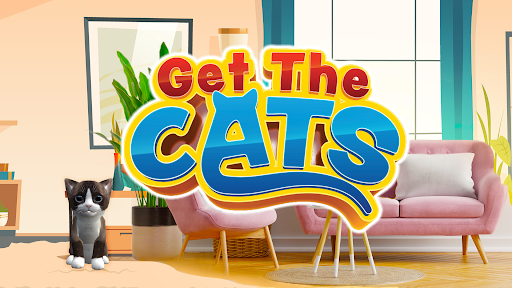 Lepricon is reimagining the possibilities for entertainment through blockchain technology and seeking to establish the general acceptance of player-owned economies in games. They believe that gaming can and should be the first killer-on ramp to mainstream adoption, and Lepricon’s stated mission is to catalyse this outcome.

At the core of this strategy is Lepricon’s own high-speed, gas-less Ethereum-compatible side chain, Leprichain. We are developing software solutions in the form of SDKs, which will empower mainstream game development studios to incorporate blockchain technology into their games. These solutions are built upon and powered by Leprichain, with the intent to create a drag and drop blockchain solution for mainstream game developers.

Lepricon is developing several in-house entertainment activities that operate on Leprichain, including our collection of arcade and carnival games at Lepricon City. The first games are straightforward, but we will develop more complex games that demonstrate Leprichain’s capabilities over time. We will leverage these demonstration games to encourage third party dApp developers to deploy on Leprichain.

To find out further information on the project you can visit https://www.lepricon.io.