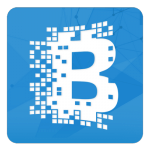 The Blockchain Wallet is one of the most popular wallets of today. This is because it is inherently easy to use. That said, the company will store your wallet on their servers, which although involves a slight third-party risk, they place a lot of focus on both security and simplicity, which has led to it having a great reputation for both placing it as one of the leading Bitcoin wallets in the whole cryptocurrency community. The Blockchain wallet was started in early 2016, and placed a lot of focus on enhancing security features, and did this by making the wallet hierarchical deterministic which adds extra security by not using the same address twice. It also allows you, as a customer to back up your funds, which will protect them further from unauthorised access. The company is currently in the process of adding different trading features to their wallets, and has recently integrated the ability to buy Bitcoins on android wallets. It really is worth remembering though that this wallet is so popular with the customers because it has been built and designed with them in mind. It is incredibly simple, safe and fun to use and is an easy way for you to store all of your Bitcoins. They have a great support team as well, who are on hand to help you with any problems that you might have.

Bonhams SuperRare collaboration a first of its kind