Tezos Has Significant Developer Interest According to Bank Of America 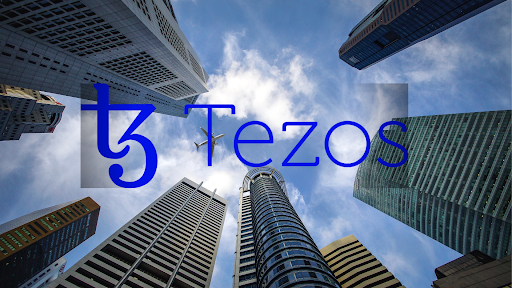 The cryptocurrency industry is about much more than Bitcoin and Ethereum. Although alternative currencies - or altcoins - are often dismissed by those two communities, they can still offer tremendous potential. Tezos is one of those tokens that Bank of America mentions in its “Digital Assets Primer.”

An Interesting Opinion By Bank of America

Until a few years ago, banks and other financial institutions would dismiss digital currencies as a "fad" no one needs to pay attention to. Today, these same service providers try to tap into this market. Consumers of all kinds have shown an interest in exploring Bitcoin, Ethereum, and other currencies. However, BoA takes a unique approach by looking at developer interest in alternative cryptocurrencies.

BoA officials now believe crypto assets should become a new asset class altogether. Although the current Bitcoin market cap is impressive, the broader crypto ecosystem represents even more value. Tapping into the unexplored markets can prove viable for investors, although it remains crucial to do your own research.

Figuring out how to evaluate digital assets remains the tricky part. For Bank of America, developer interest and activity is a crucial metric. As more developers express an interest in building on a particular blockchain, there is a chance demand for the native asset will increase. Of course, this equation has much more than just developer activity, although it can serve as a viable metric.

Going by the recent developer activity, it appears Tezos is one of the blockchain ecosystems to keep an eye on. It notes a strong increase in organizations and repositories, putting it ahead of The Graph, IOTA, NEAR protocol, EOS, Stellar, and others. It seems Tezos is finally getting recognition for its ever-expanding ecosystem that rivals the top competing blockchains while being vastly more energy-efficient due to its PoS consensus mechanism.

The value of Tezos' native asset XTZ has risen greatly in the past year. A 248.9% price increase in a year is very impressive and highlights the price potential of cryptocurrencies. Tezos is on par with other major currencies on that front, lending credibility to Bank of America’s new framework. Although the current developer activity seems to offer some hope on that front, whether that momentum can continue remains unclear.

More than 100 projects maintain a market cap of over $1 billion in the current cryptocurrency landscape. Tezos ranks high on that list with its valuation of over $6.37 billion. The project ranks 33rd out of all cryptocurrencies, putting it on a lot of people's radars. If developers continue to find ways to leverage Tezos’ smart contracts - and more users continue to stake XTZ - interesting things can happen in the future.